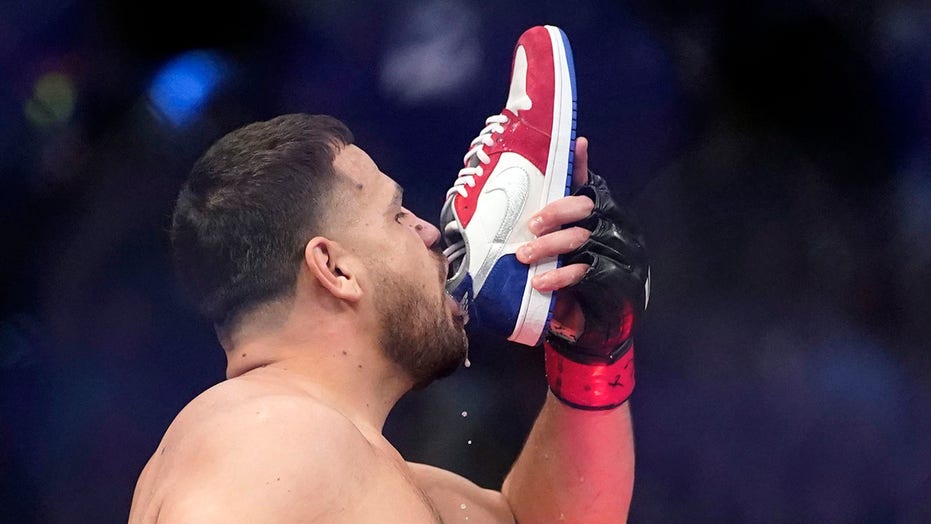 Tai Tuivasa celebrated his knockout victory over Greg Hardy in their heavyweight bout at UFC 264 by chugging a beer out of the shoe from the top of the cage.

Tuivasa called for a shoe and a beer after getting the victory. The ecstatic Australian native picked up his 13th victory after the first-round win.

Hardy came out swinging against Tuivasa and caught him with a quick right hook. Tuivasa got caught up a little bit and stumbled backward. Hardy inched closer to try and put Tuivasa away, but didn’t see the left hook coming.

Tuivasa threw the quick punch and it looked like Hardy ran into a wall.

The former NFL defensive end went straight down to the mat and Tuivasa finished him off with a few hammer punches before the fight was called.

It is Tuivasa’s third consecutive win. He defeated Harry Hunsucker, via technical knockout at UFC on ESPN 21 in March. Last October, he knocked out Stefan Struve. He is not in the Top 14 in the latest UFC heavyweight rankings but another victory could make him a legitimate contender for the belt.

Hardy is on a two-right losing streak. He has not won since beat Maurice Greene by technical knockout at UFC Fight Night 181.