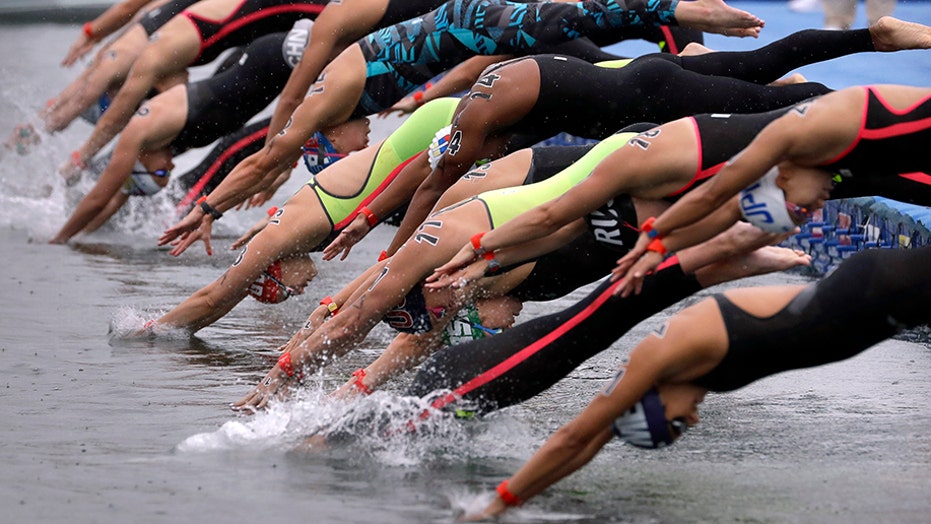 The disqualification of a female Alaska high school swimmer for having what amounted to a bathing suit “wedgie” in her school-issued uniform has been overturned, the Anchorage School District said Tuesday.

A referee had disqualified a Dimond High School swimmer Friday because she claimed she could see the swimmer's “butt cheek touching butt cheek” during a race, according to an official. The swimmer swam four races in the same swimsuit and was not disqualified from the other three.

The school district said the referee’s decision was "heavy-handed and unnecessary," and “based solely on how a standard, school-issued uniform happened to fit the shape of her body,” adding, “We cannot tolerate discrimination of any kind, and certainly not based on body shape."

An official who worked during the swim meet, Annette Rohde, told the Anchorage Daily News she questioned the referee after she disqualified the swimmer because her bathing suit bottom "was so far up I could see butt cheek touching butt cheek."

ASAA overturned the disqualification because an official must notify the coach if a uniform violation is uncovered, according to the rules.

“All evidence gathered, including the statement provided by the official, indicated the official did not notify the coach prior to disqualifying the student,” ASAA said in a statement, according to KTVA. "[...] All team and individual points shall be restored to both the individual swimmer and the Dimond High School Swim team."

The Anchorage School District is seeking to decertify the official and revise the swimsuit coverage rule, it said, as it’s “ambiguous and allows the potential for bias to influence officials’ decisions.”

Dimond swim coach Scott O’Brien appealed the disqualification and the school district presented its appeal to ASAA on Tuesday, the newspaper said.

Officials must now consider whether the “lack of coverage” is intentional or not, the association said.

"Swimsuits migrate," a meet official, Joey Caterinichio, told Anchorage Daily News. "You have to assume this is a part of the sport."