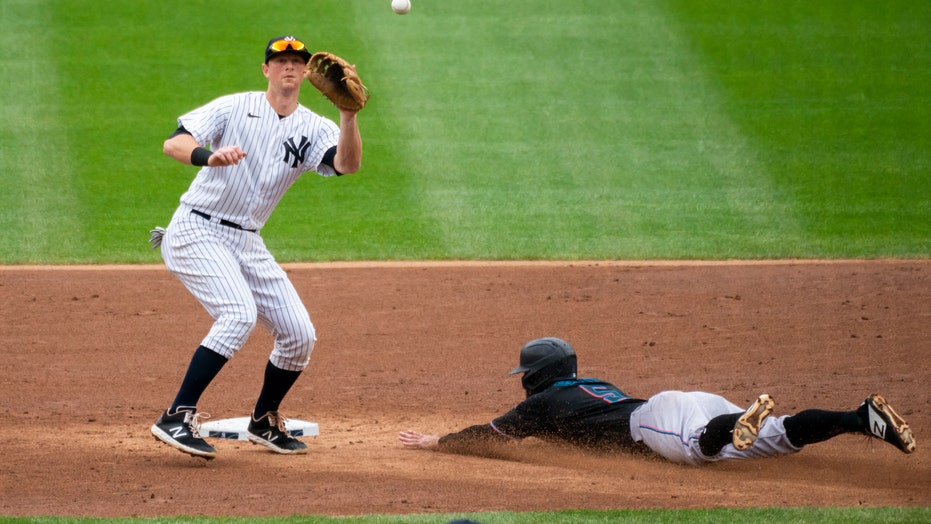 Mets pitcher Marcus Stroman and San Francisco starter Kevin Gausman accepted $18.9 million qualifying offers Wednesday, receiving one-year deals to stay with their teams rather than test what they could get in free agency.

If any of those players signs with a new team, his former club would receive a draft pick as compensation at the end of the first round of next year’s amateur draft or at the end of competitive balance round B. The placement depends on whether the new contract is worth $50 million or more and the revenue-sharing and luxury tax status of the team losing the player.

Qualifying offers began after the 2012 season, and only seven of 96 offers have been accepted.

Stroman, a 29-year-old right-hander, did not play this year. He missed the start of the shortened season in late July due to a torn left calf muscle, then said on Aug. 10 he had opted out because of the coronavirus pandemic.

“After watching the presser, I’m beyond excited to play for you sir,” Stroman posted on Twitter. “I could feel the excitement and passion you’re going to bring daily. Let’s go be great!”

“Marcus, That is great news,” Cohen replied on Twitter. “Looking forward to meeting you soon. I will call you over the next few days to thank you.”

Stroman was acquired by the Mets from Toronto on July 28, 2019, for left-hander Anthony Kay and minor league right-hander Simeon Woods Richardson. He went 4-2 with a 3.77 ERA in 11 starts for the Mets, leaving his career record at 51-47 with 3.76 ERA.

Gausman has a 50-66 record and 4.26 in nine seasons with Baltimore, Atlanta and San Francisco.

Right-hander Josh Tomlin decided to stay with the Atlanta Braves, agreeing Wednesday to a one-year contract that guarantees $1.25 million.

Tomlin has a $1 million salary next season, and the deal announced Wednesday includes a $1.25 million club option with a $250,000 buyout. He had a $1 million salary this year and earned $370,370 in prorated pay for the shortened season with the NL East champions.

Tomlin signed with Atlanta in 2019 following nine seasons with Cleveland. He has a 4.69 career ERA. He 1.31 walks per nine innings ranks best among all active pitchers with at least 900 innings.