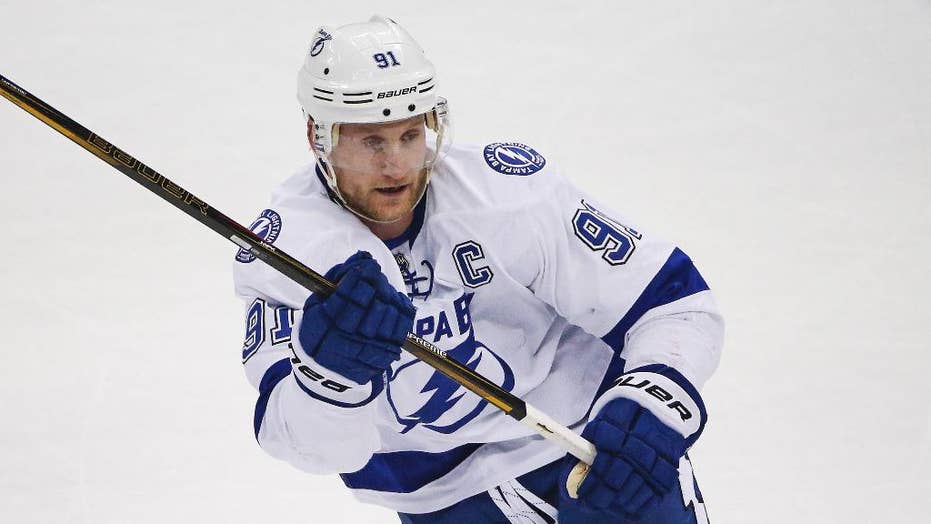 Steven Stamkos made a short but impactful return to hockey Wednesday night to help the Tampa Bay Lightning take the lead over the Dallas Stars in Game 3 of the Stanley Cup Final.

The Lightning captain, who hadn’t played a game since Feb. 25 due to injury, scored the team’s second goal of the night just 6:58 seconds in. He played five shifts for a total of 2:47 but left with just a little over six minutes left in the first period.

“You want to have a say and you want to contribute,” Stamkos said. “To be part of it tonight, it was a dream come true.”

He did not return for the second period but the Lightning seemed unaffected.

Nikita Kucherov, Victor Hedman, Brayden Point and Ondrej Palat all scored for Tampa while the Stars stayed quiet and continued to make mistakes.

“They made two good shots early,” Stars captain Jamie Benn said. “They capitalized on their chances and we didn’t.”

Fourth-liner Jason Dickinson and Miro Heiskanen scored Dallas’ only goals while Anton Khudobin allowed five goals on 29 shots in the first and second periods before being pulled for rookie Jake Oettinger.

"We lost our team play, we lost our intensity and we lost our focus," head coach Rick Bowness said. “When you do that, a team like that is going to make you look real bad, which they did.”

Game 4 will take place on Friday 8 p.m. ET but it’s not yet clear if Stamkos will suit up.

“I wanted to play as much as I could," he said. "Obviously there was an issue that I’ve been working through. We’ll see what happens from here.”