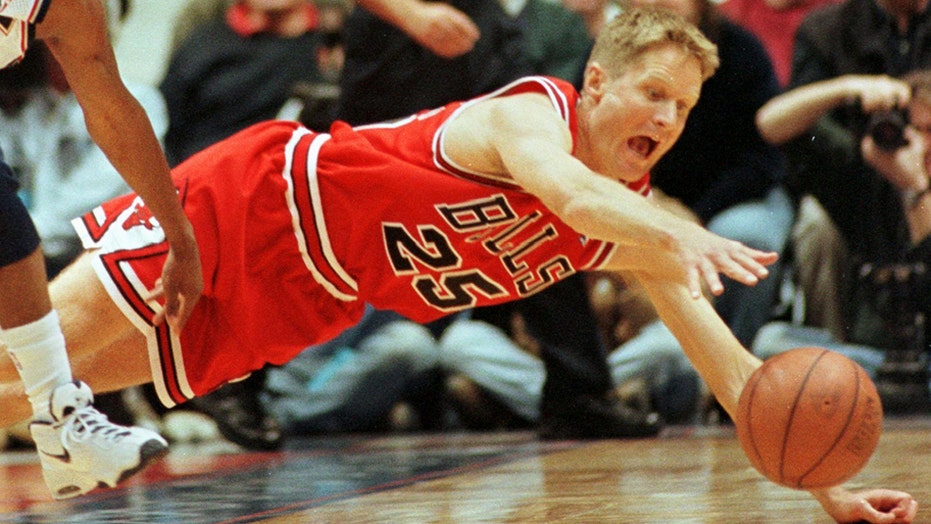 Before Steve Kerr was leading the Golden State Warriors to NBA championships as a head coach, he was a role player for the Chicago Bulls’ championship teams from 1993 to 1998.

Kerr was among the top three-point shooters in the NBA during his time. He not only won championships with the Bulls, but he was later on the San Antonio Spurs title teams in the early 2000s.

After he retired, Kerr worked as a broadcaster on TNT’s basketball coverage, joined the Phoenix Suns’ front office, and eventually became the coach of the Warriors.

Here are five more things to know about Kerr.

His presence would be felt in Game 6 of 1997 NBA Finals against the Utah Jazz. He hit the game-winning shot to give the Bulls their fifth championship. He would then miss a critical shot in Game 2 of the 1998 NBA Finals against the Jazz only to collect his own rebound and pass to Michael Jordan who would convert on a three-point play.

Kerr is one of the earliest examples of being a three-point specialist coming off the bench in a majority of his games in the NBA. He only started 30, but his presence was felt beyond the arc.

SCOTTIE PIPPEN: 5 THINGS TO KNOW ABOUT THE FORMER BULLS STAR

One of the biggest legends from Kerr’s years with the Bulls is when he got punched in the face by Jordan during practice. According to ESPN, the two were involved in an intense scrimmage in 1995 and were in the middle of some heated trash talk when things got out of hand.

“I took exception to something he said,” Kerr recalled in 2013. “So I was talking back and I don’t think Michael appreciated that ... and we got in the lane and he gave me a forearm shiver to the chest and I pushed him back. And next thing you know, our teammates were pulling him off of me.”

Kerr had a black eye but managed to get his punches in before teammates broke up the fight. He said after that, their relationship changed dramatically.

Chicago later went on an NBA-best 72-10 and won the NBA title.

Kerr retired after winning another championship with the Spurs – the fifth of his career.

He became part of the Phoenix Suns’ management in 2004 and three years later would become the team’s general manager. The Suns had some of the best runs under Kerr but the team never was able to get to the NBA Finals – either running into the San Antonio Spurs or Los Angeles Lakers.

In his final season, 2009-2010, the Suns made the Western Conference Finals but fell in six games to the Lakers. Kerr would leave his post in the summer of 2010. It would be the last season the Suns made the playoffs.

Kerr took over the Warriors in May 2014 from Mark Jackson. He would later develop an up-tempo style offense that focused on small ball and shooting threes. The offense would be developed around players like Stephen Curry and Klay Thompson with ferocious rebounder Draymond Green down low.

Since Kerr took over, the team had been to five straight NBA Finals winning three of them. His teams won more than 65 games three times.

The only season that was lost had been the 2019-20 season. The team started out losing Kevin Durant to free agency and Thompson to injury. Stephen Curry went down with his own injury early. The team was 15-50 before the coronavirus pandemic shut things down across the sports world.