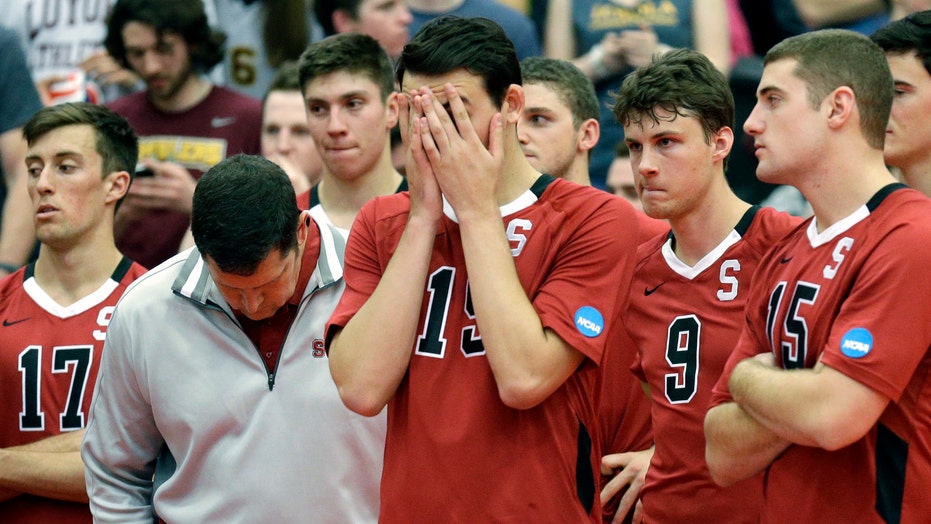 Stanford University is making cuts to its athletics department.

The school announced on Wednesday that it is dropping 11 sports due to financial difficulties because of the effects of the coronavirus pandemic. After the 2020-21 academic school year, Stanford will dismiss both men’s and women’s fencing, as well as field hockey, lightweight rowing, men’s rowing, co-ed and women’s sailing, squash, synchronized swimming, men’s volleyball, and wrestling.

JARMOND FACES MANY CHALLENGES IN TAKING OVER AS UCLA'S AD

Stanford will also eliminate 20 support staff positions. In recent weeks, many schools have cut back on their athletic programs, but Stanford is believed to be the first Power Five school to eliminate any sports programs.

Because of the coronavirus pandemic, Stanford is projected to lose more than $25 million in the 2021 fiscal year and close to $70 million over the next three years. The school said the estimated cost of keeping the sports would be well over $200 million.

The contracts of coaches in the 11 sports will be honored, as will the scholarships of the more than 240 athletes affected. All support staff who have been let go will get severance pay.

Stanford has one of the nation's largest athletics departments, sponsoring 36 varsity sports before Wednesday's cuts.