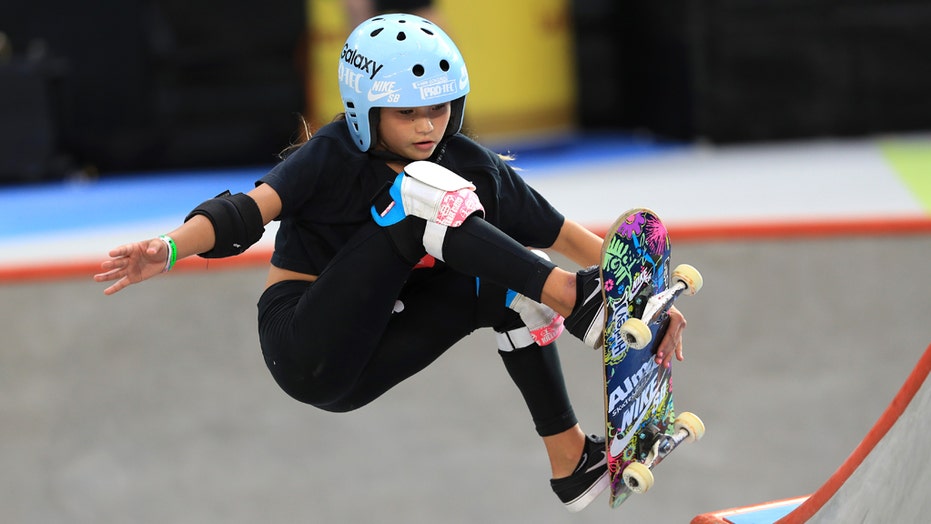 Sky Brown has shown her fearlessness on the skateboarding circuit and while the challenges are there for any professional in the sport, she appeared to take on new heights Wednesday.

Sloan’s backyard ramp is approximately 100 feet off the ground. Skateboarders who move quickly down the ramp face one jump and then up the halfpipe and back down.

Sloan wrote on the full video’s description that Sky was the first female skateboarder to jump his ramp.

“I can't even begin to explain how stoked I am for @Sky & Ocean. Sky was the first girl to jump the mega at my place and she made it look easy. Not only did she clear the gap but she did the full line. She blew us all away and I can't wait to see what's next for her. Yea Sky!!!” he wrote.

Sky is a skateboarding prodigy. She was originally from Japan but currently lives in Britain. She learned how to skateboard by watching YouTube videos. At 8 years old, she was the youngest person to compete at the Vans U.S. Open in 2016.

While representing Britain in the 2019 Park World Skateboarding Championship, she won a bronze medal.