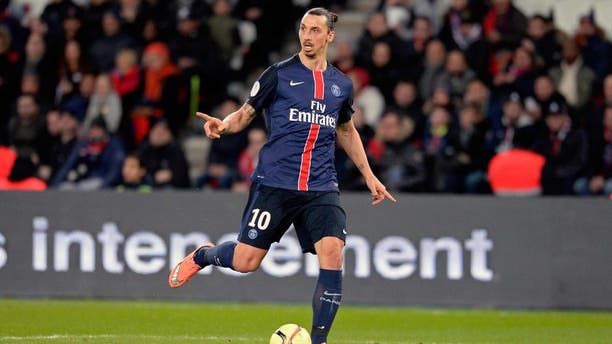 Paris-Saint Germain defender Thiago Silva is hopeful Zlatan Ibrahimovic will extend his contract at the club.

Ibrahimovic scored twice and set up PSG's other two goals as they thrashed Reims 4-1 on Saturday to take another step to a fourth-straight Ligue 1 title.

The 34-year-old striker is out of contract at the end of the season and is reportedly a target of Manchester United, having told reporters that "big things will happen" when asked about his future midweek.

But Silva is holding out hope that the Sweden international can be convinced to stay.

"What can we say about Zlatan? He is an amazing player who does some amazing things," Silva told reporters after the win.

"I think he'll continue like this until the end of the season. In my opinion he can renew his contract, but I'm not the person who decides."

The Brazilian defender joked that Ibrahimovic might leave if PSG win the Champions League.

"Maybe if we win the Champions League he will leave," he said.

Gregory van der Wiel is another PSG player rumored to be leaving the club at the end of the season, but he told reporters he was open to staying.