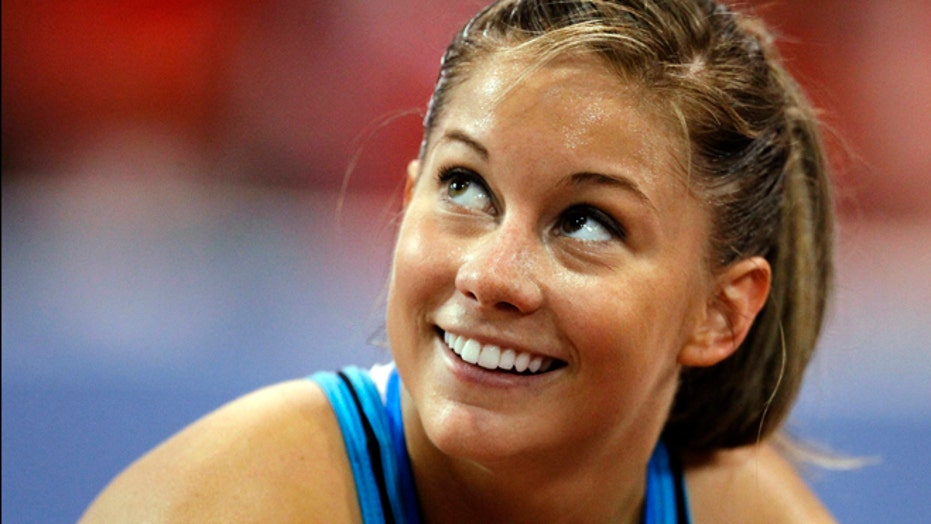 Olympic gold medalist Shawn Johnson East opened up Saturday about her struggles with her body image and drugs after her professional athletic career was over.

Johnson said after the 2008 Olympics in Beijing she felt like she didn't have a purpose and that her rigorous training for the bevy of gymnastic events she competed in gave her what she called an unrealistic idea of what her body should look, according to People.

“When I went on ‘Dancing with the Stars’ and I had my period for the first time, and I had to deal with going through puberty on national television, I hit a very low spot,” she said. “I'd gained about 15 lbs. after the Olympics and I thought that that was the worst thing in the entire world — which it wasn't, it was healthy and normal.

Johnson said she turned to weight-loss pills, ephedrine and Adderall.

“I started doing any and everything I possibly could to lose the weight and to look like I did at the Olympics because, in my mind, everybody praised me for what I did at the Olympics, they praised who I was as a human being when I was there. And in my mind, if I could look like that — not necessarily compete or do gymnastics — but if I could be that person again, then the world would say that I was 'enough' and I was accepted," she said.

“I went through this dark kind of spiral of a few years on terrible medications and drugs that tried to 'spike my metabolism' and did nothing, I took diuretics, I did every fad diet. I remember I went through a three-week phase where I ate nothing but raw vegetables.”

Johnson married Andrew East in 2016. She said that, when she got pregnant, she stopped caring about calorie count or body image because it was all about doing what was right to protect her child.

She added that she was proud of what she’s accomplished and vowed to be a “good influence” for her daughter.