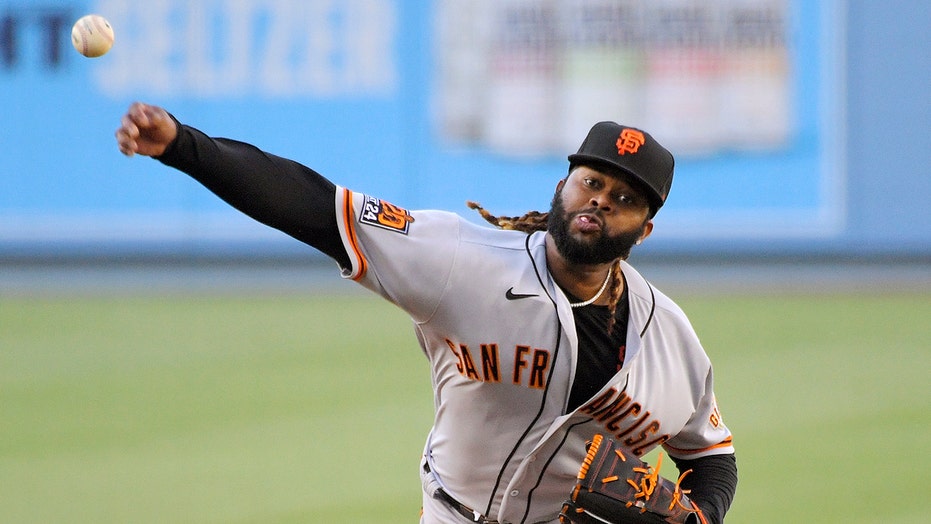 San Francisco Giants pitcher Johnny Cueto carried a no-hitter into the bottom of the sixth inning against the Los Angeles Dodgers on Saturday night when a touch of bad luck struck the team.

Dodgers batter Kike Hernandez hit a fly ball to left field and it appeared Hunter Pence was going to make the easy out. But the veteran outfielder lost the ball in the lights, allowing the ball to drop several feet behind him.

The miscue ended Cueto's no-hit bid. He would record two more outs and get taken out of the game after allowing the Dodgers to score some runs.

“Johnny had the magic and everything working. To spoil that feels absolutely awful. He deserves better,” Pence said after the game.

Cueto allowed four earned runs on two hits with three strikeouts in 5 2/3 innings. He gave up a three-run homer to Justin Turner.

“All my pitches were working fine, and I felt comfortable,” Cueto said. “I think the most frustrating thing was the ball that was lost. If that is caught the game changes and maybe I pitch out of the inning. I didn’t throw a lot of pitches. It's hard to tell how far I could have gone.”