Serena Williams fined $17,000 for violations during US Open final

Serena Williams was fined $17,000 for three code violations during Saturday’s U.S. Open final that caused the tennis player to be penalized a game when she criticized the chair umpire for a controversial call and labeled him a “thief.”

The tournament referee's office announced Sunday it docked Williams $10,000 for "verbal abuse" of chair umpire Carlos Ramos, $4,000 for being warned for coaching and $3,000 for breaking her racket. 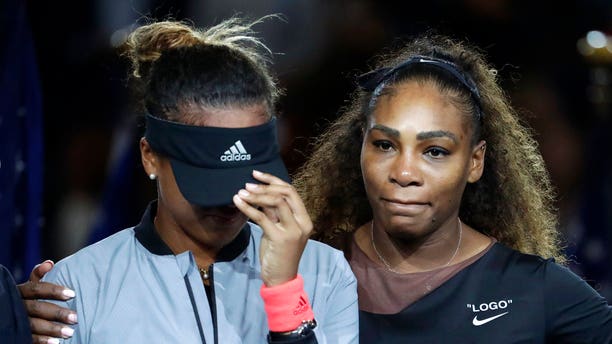 The money comes out of her prize money of $1.85 million as the runner-up. Williams suffered a 6-2, 6-4 loss to Naomi Osaka, who became the tournament’s first female Japanese champion. Williams was going for her 24th Grand Slam title.

Saturday's match was shrouded by controversy after tense arguments between the 36-year-old tennis player and chair umpire Ramos during the second set. 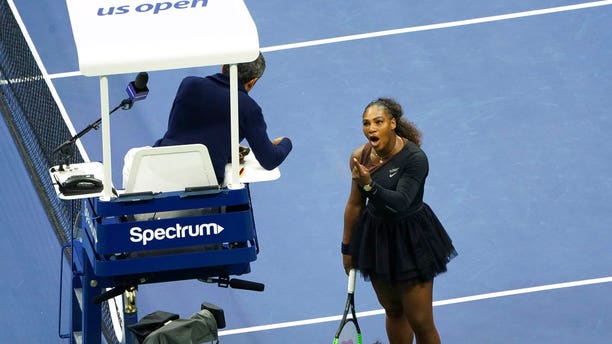 The first violation came when Ramos ruled that Williams was receiving illegal coaching from her coach Patrick Mouratoglou. Williams shot back at the umpire and insisted she was not receiving coaching and that she would “rather lose” than cheat.

Williams received a second violation when she smashed her racket in frustration. She lost a point due to the violation, causing the player to argue with the umpire again about the initial penalty. 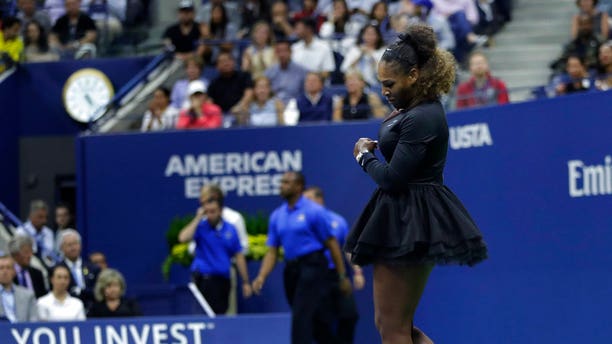 The third violation — verbal abuse — came when she called the umpire a “thief,” leading to an automatic game loss. 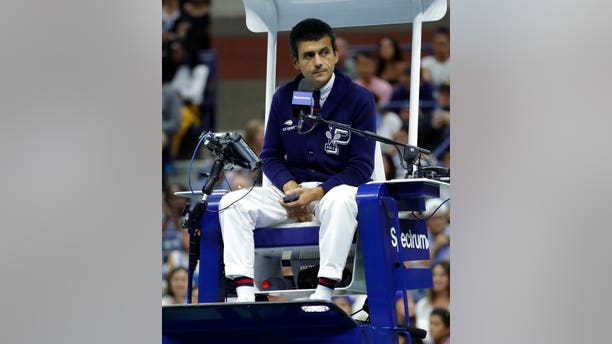 Williams, who was visibly emotional after the heated exchange, pleaded her case on the court and accused the umpire of sexism. At a news conference after the match, Williams said she will keep fighting to remove the double standard in the sport.

"I've seen other men call other umpires several things. I'm here fighting for women's rights and for women's equality and for all kinds of stuff. For me to say 'thief,' and for him to take a game, it made me feel like it was a sexist remark. He's never taken a game from a man because they said 'thief,'" Williams said.

"For me, it blows my mind," Williams added. "But I'm going to continue to fight for women." 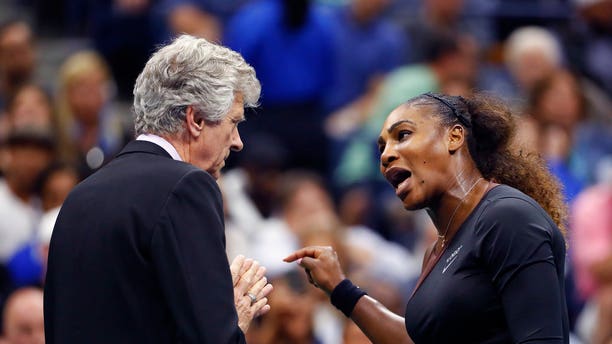 Serena Williams pleaded her case on the court. (AP)

The controversial final drew in mixed reactions from viewers. Some said the umpire had been unfair to Williams since the illegal coaching call, while others criticized the player for her outburst on the court.

Tennis legend Billie Jean King tweeted out support for Williams after the incident.

"Several things went very wrong during the @usopen Women’s Finals today," King wrote. "Coaching on every point should be allowed in tennis. It isn’t, and as a result, a player was penalized for the actions of her coach. This should not happen."

"When a woman is emotional, she’s “hysterical” and she’s penalized for it," King continued. "When a man does the same, he’s “outspoken” & and there are no repercussions. Thank you, @serenawilliams, for calling out this double standard. More voices are needed to do the same."

Mouratoglou later admitted to ESPN that he was coaching, but insisted that all coaches do it during the matches. 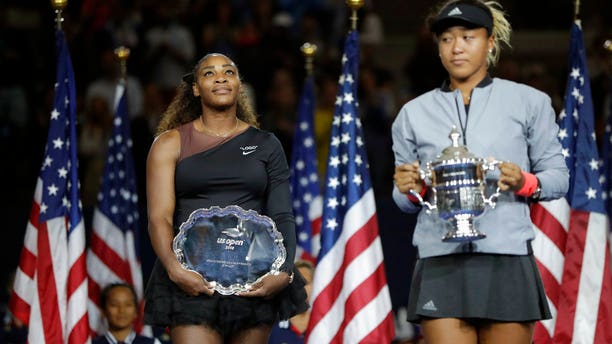 The Grand Slam Rule Book states that "communications of any kind, audible or visible, between a player and a coach may be construed as coaching."

Under Article III, Section P, "verbal abuse" is defined as "a statement about an official, opponent, sponsor, spectator or other person that implies dishonesty or is derogatory, insulting or otherwise abusive." The section says a player is subject to a fine up to $20,000 for each violation.