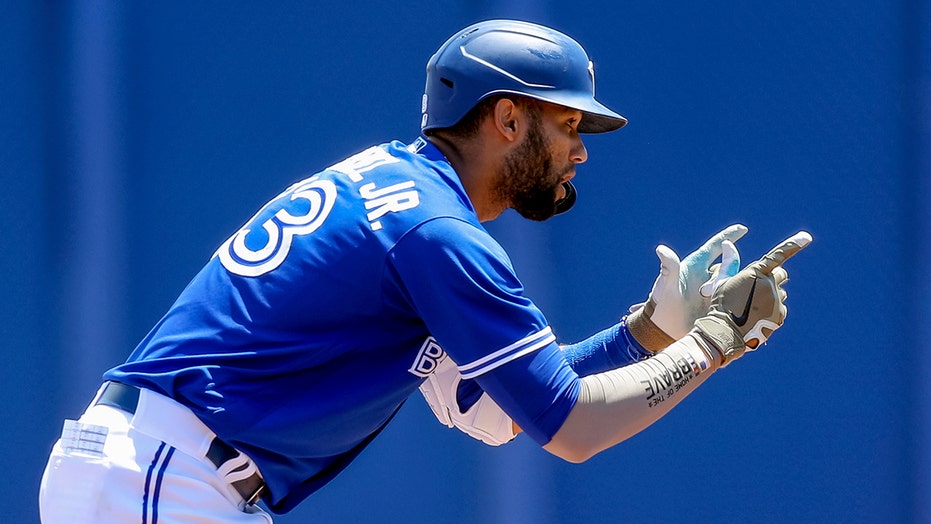 Marcus Semien and Bo Bichette hit consecutive first-inning homers, Randal Grichuk had a two-run double in a five-run second and the Toronto Blue Jays hung on to beat the injury-depleted Philadelphia Phillies 10-8 on Sunday.

Semien finished with three hits and three RBIs, and Vladimir Guerrero Jr. hit his 11th homer, a solo drive in the eighth that gave him home runs in three consecutive games.

Toronto burst to an 8-0 lead and won for the sixth time in eight games, moving five games over .500 for the first time this season.

Harper replaced Scott Kingery in right in the sixth inning. Harper popped up a bunt for an out with two on and one out in the eighth with the Phillies down 9-4, then stranded two on the ninth when with a game-ending strikeout on a full-count fastball from Jeremy Beasley, the eighth pitch of the at-bat.

Beasley replaced Jordan Romano, who was checked by an athletic trainer in the early in the ninth and then departed with two outs.

Nick Maton homered twice and drove in four runs for the Phillies. He hit his first big league home run, combining with Andrew McCutchen for consecutive homers in a three-run fifth, and added another solo drive during the sixth. His two-run single in the eighth closed Philadelphia to 9-6.

Toronto starter Robbie Ray (2-1) allowed four runs and seven hits over 5 2/3 innings. The lefty had his career-best streak of 30 1/3 innings without a walk stopped when Odúbel Herrera drew a free pass with two outs in the fourth.

Semien and Bichette connected to start the first off Chase Anderson (2-4).

Danny Jansen and Bichette had RBI singles, Guerrero Jr. hit a run-scoring double and Grichuk added a two-run double in the second that made it 7-0.

Semien also had a third-inning RBI double that put Toronto ahead 8-0 and an seventh-inning run-scoring grounder.

Anderson gave up seven runs and eight hits in 1 1/3 innings.

Outfielders from both teams had trouble at times tracking fly balls with sun, high sky and windy conditions at TD Ballpark. Several hits dropped between infielders and outfielder as well.

Phillies: McCutchen, who had his left hip flexor lock up during a late at-bat Saturday night, was the DH.

Blue Jays: Reliever Rafael Dolis (right calf strain) threw a 21-pitch simulated game and did defensive drills. ... DH Rowdy Tellez appeared to hurt this leg running on a single in the eighth and left the game. ... Jordan Romano was checked by a trainer in the early in the ninth and then departed with two outs.