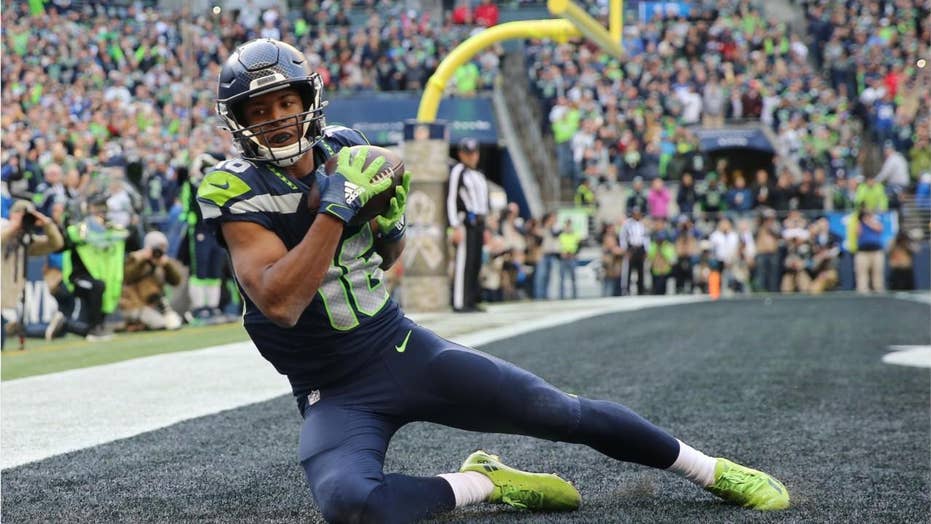 Seattle Seahawks' Tyler Lockett has been hospitalized. The wide receiver suffered a 'severe' lower-leg injury during the teams game against the San Francisco 49ers.

Lockett suffered the injury in the fourth quarter of the Seahawks’ overtime win over the 49ers. He did not play in overtime and was last seen fielding a kickoff to send the game into the extra frame. He was taken to a Santa Clara hospital for an evaluation.

“He’s out of here right now to get looked at,” Seahawks coach Pete Carroll said after the game, according to Pro Football Talk. “It will be OK, but it’s a pretty severe situation for right now.”

Lockett has been one of the best receivers in the league this season and has helped quarterback Russell Wilson stake a claim for the NFL MVP award.

Lockett caught three passes for 26 yards in the game.

It’s unclear as of now how long Lockett will be sidelined for. Seattle is on a bye next week and won’t play again until Nov. 24 against the Philadelphia Eagles.