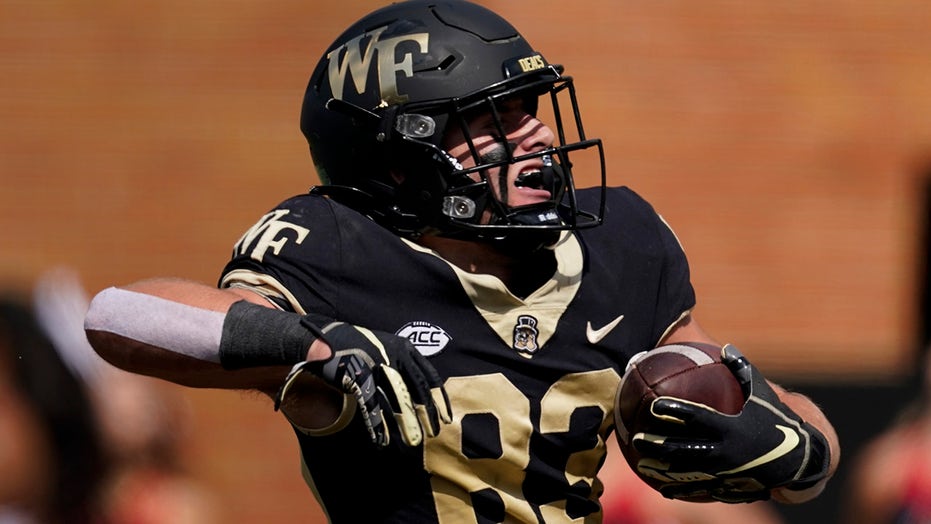 Sam Hartman threw for 324 yards and two touchdowns to lead the offense for the Demon Deacons (5-0, 3-0 Atlantic Coast Conference), who got a huge boost late from Justice Ellison with several patient and chain-moving runs on the go-ahead drive.

Louisville (3-2, 1-1) got a final drive with a chance to tie and no timeouts, but the Cardinals’ desperate, lateral-filled play never got across midfield before Wake Forest’s Rondell Bothroyd recovered the loose ball to end this one after time had expired.

Malik Cunningham had a big day for the Cardinals, throwing for two scores while running for two additional TDs. His biggest throw of the day came when he hit Tyler Harrell over the middle in a frenetic final few minutes, and Harrell pulled away down the left sideline from four black jerseys in pursuit for a 75-yard touchdown that tied the game at 34 with 3:01 left.

Louisville: The Cardinals hadn't lost since the season opener against Mississippi and were coming off a win at Florida State to open league play. They had won the past two meetings in the series, including a 62-59 shootout here two years ago against a 5-0 Wake Forest team. Cunningham was strong the entire way and helped Louisville to 540 total yards, but the Cardinals burned through their timeouts on Wake Forest's final drive and didn't have much of a chance to respond to Sciba's winner.

Wake Forest: The Demon Deacons hopped into the AP Top 25 poll after a fourth 4-0 start in six seasons, and they entered October as the only team with multiple league wins. This marks Wake Forest's first 3-0 start in league play since 2011, putting them atop the league's shaken-up Atlantic Division race now that six-time reigning league champion Clemson has an early loss and No. 23 North Carolina State is the league's highest-ranked team.

Louisville: The Cardinals return home to face Virginia next Saturday in a cross-divisional league matchup.

Wake Forest: The Demon Deacons stay in division play when they visit Syracuse next Saturday.