Ryan Fitzpatrick is off diaper duty thanks to thumb injury 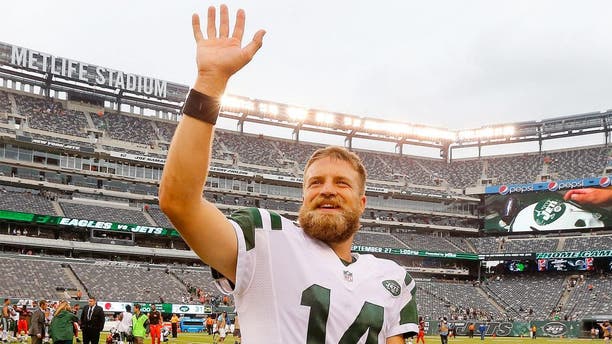 There's rarely anything good that comes out of a player getting injured on the football field. He'll be forced to miss time, potentially lose out on a lucrative contract, and not to mention, injuries are usually painful.

Ryan Fitzpatrick suffered an injury on Sunday against the Oakland Raiders, tearing ligaments in his thumb after an awkward slide into Charles Woodson. The injury will require surgery at some point, but Fitzpatrick will play through it and remain the starter for the Jets.

If there's one silver lining for tearing ligaments in his thumb, it's that he's no longer on diaper duty. When asked how painful the injury is, Fitzpatrick had the perfect response.

"It's painful enough to get me out of changing diapers," he said, via Manish Mehta of the New York Daily News.

So he can throw a football, but he can't change a dirty diaper? His wife might have something to say about that. Perhaps it's bad enough that he's in excruciating pain, where he doesn't need to be put through the misery of changing diapers, too.

Maybe there is a silver lining to getting injured after all.

MORE NEWS: Want stories delivered to you? Sign up for our NFL newsletters.