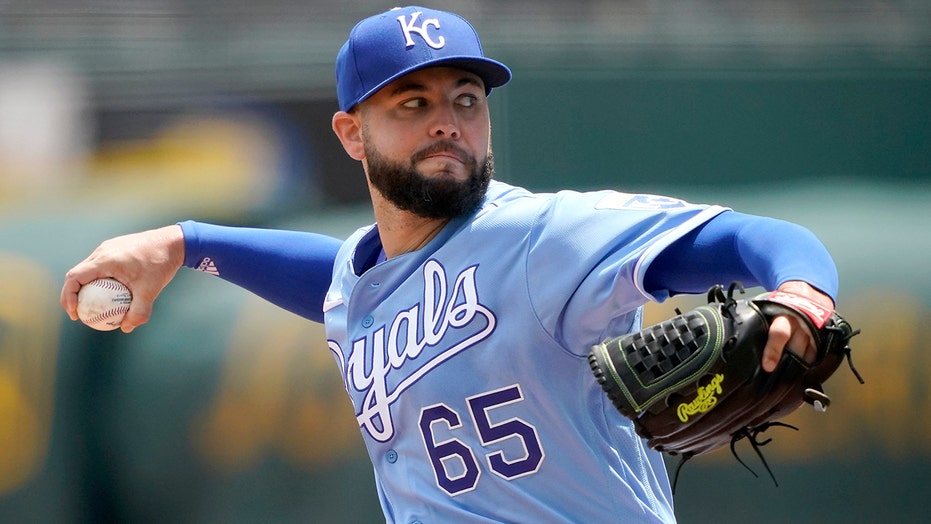 The Kansas City Royals completed one of the weirdest double plays ever seen in recent baseball memory in a game against the Chicago White Sox on Sunday.

With a runner on first base, Royals pitcher Jakob Junis was on the mount with Eloy Jimenez at the plate in the second inning. Jimenez lined a pitch right back at Junis. The ball went off of Junis’ foot into the hands of third baseman Maikel Franco who fired the ball to first for the out.

On second look, it didn’t appear that the ball ever touched the ground. When Franco caught the ball, not only did he get the out at first but he also turned a double play.

It was the top highlight of the game for the Royals as they dropped it to the White Sox, 9-2.

Junis would pitch 4 1/3 strong innings allowing two earned runs on six hits and striking out two. Scott Barlow and Greg Holland would allow a combined six runs in the latter part of the game.

Chicago scored seven runs in the seventh inning to put them over the top. Yasmani Grandal had three RBI in the game.