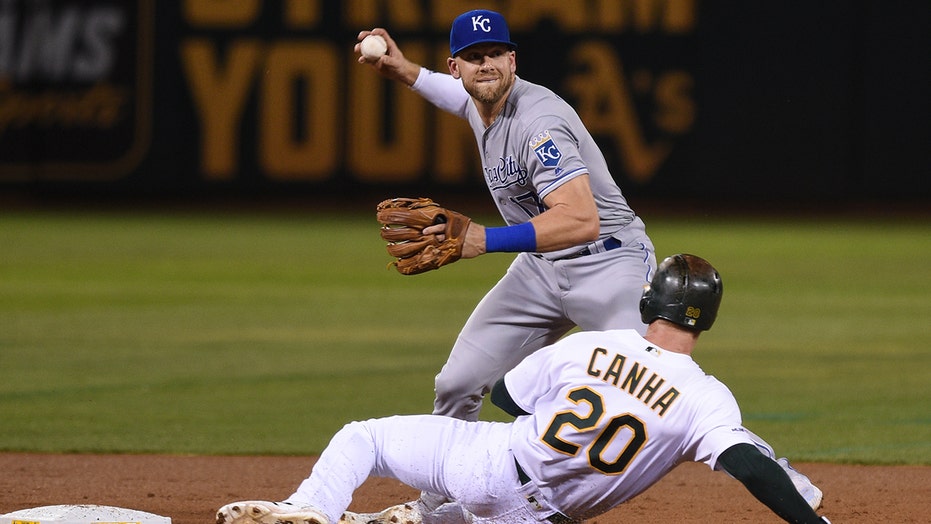 Kansas City Royals outfielder Hunter Dozier has tested positive for COVID-19 and been placed on the injured list before the club played its final exhibition game against the Cardinals in St. Louis.

YANKEES’ AARON JUDGE KNEELING DURING THE NATIONAL ANTHEM: ‘THAT’S THE BEAUTY OF AMERICA’

The 28-year-old is coming off a breakthrough season in which he hit 26 homers with 84 RBIs and tied for the American League lead in triples. He is expected to play a big role for the Royals during their abbreviated 60-game season, which begins against the Indians on Friday night in Cleveland.

Dozier said in a statement that he had been feeling “a couple of symptoms that go with the virus” and is now following the medical team’s direction by quarantining. He will need to test negative twice before returning to the club.