Roma keeper Szczesny hits out at speculation over his future 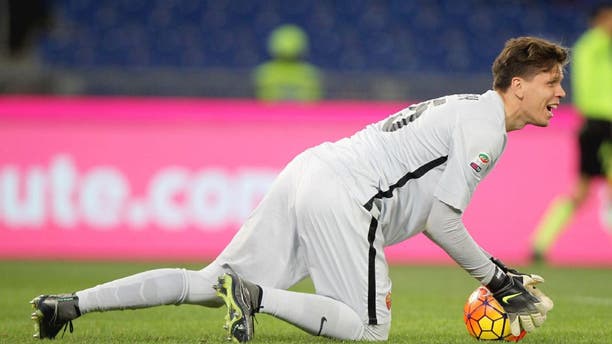 ROME, ITALY - FEBRUARY 07: AS Roma goalkeeper Wojchiech Szczesny in action during the Serie A match between AS Roma and UC Sampdoria at Stadio Olimpico on February 7, 2016 in Rome, Italy. (Photo by Paolo Bruno/Getty Images)

Roma goalkeeper Wojciech Szczesny has hit out at "rubbish reporting" amid speculation over his future.

The Poland international, currently on loan from Arsenal, was reportedly set to leave Roma this summer with the Serie A side said to be reluctant to sign him permanently, before conflicting reports later claimed the club had a change of heart.

Szczesny said last year his future will be decided after Euro 2016, and the goalkeeper took to his official Facebook page on Tuesday night in an effort to end the rumors.

"Gotta love the media," Szczesny posted. "Reporting on 3 completely different stories regarding my future in the space of 24 hours, saying there's been a 'change of heart', a 'U-turn' and a 'turnaround'.

"The only U-turn there's ever been is in your rubbish reporting skills. From Rome, with love, Wojciech."

Szczesny has made 20 league appearances as Roma's No 1 this season, having left Arsenal on a season-long loan last summer following the arrival of Petr Cech.