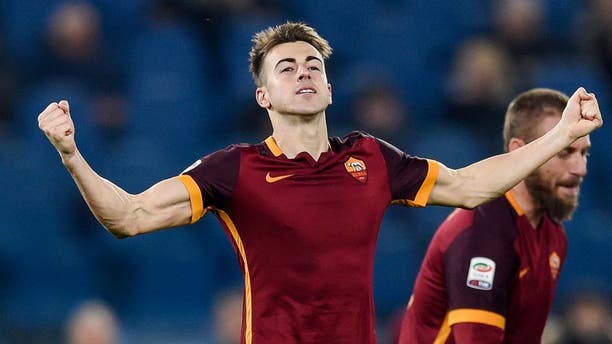 MILAN -- New Roma coach Luciano Spalletti earned his first win back in charge by 3-1 over relegation-threatened Frosinone in Serie A on Saturday.

It was Roma's second win in 14 matches in all competition and Spalletti's first following a draw and a loss in his two matches since replacing Rudi Garcia as coach.

New signing Stephan El Shaarawy restored Roma's lead at the start of the second half after Daniel Ciofani canceled out Radja Nainggolan's opener.

Frosinone was second from bottom, seven points off safety.

Carpi has three points more than Frosinone after drawing with Palermo 1-1.