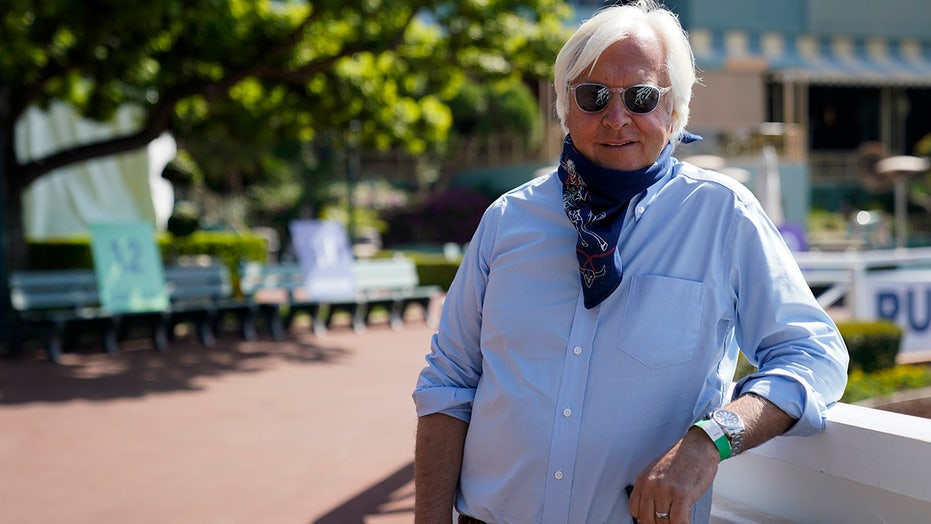 Two horses from the barn of two-time Triple Crown-winning trainer Bob Baffert have tested positive for a banned substance, according to published reports.

The New York Times and Louisville Courier-Journal on Tuesday cited unidentified sources in reporting the positive tests occurred during the recent meet at Oaklawn Park in Arkansas.

According to the Times, one of the horses to test positive was Charlatan, an undefeated colt considered to be a top contender for the Belmont Stakes on June 20. That race will open this year's Triple Crown series, which has been rescheduled because of the coronavirus pandemic. Charlatan won a split-division of the Arkansas Derby on May 2.

The Times reported Baffert's other horse to test positive is Gamine, a 3-year-old filly who won at Oaklawn on the same day. The newspaper said both horses tested positive for lidocaine, a regulated anesthetic widely used in equine medicine.

Lidocaine is considered a Class 2 drug by the Association of Racing Commissioners International, and use of it carries a penalty of a 15- to 60-day suspension and a fine of $500 to $1,000 for a first offense, The Times said. Without mitigating circumstances, a horse would be disqualified and forfeit its purse. Charlatan earned $300,000 for first place in the Arkansas Derby.

“The rules of the Arkansas Racing Commission mandate confidentiality concerning any investigation into an alleged rule violation until there is a written decision of the Stewards,” Baffert said in a written statement. “I am extremely disappointed that, in this instance, the Commission has not followed its own rules on confidentiality.

“I am hoping for an expedited investigation and look forward to being able to speak soon about any written decision of the Stewards, if and when it becomes necessary and I’m allowed to under the Commission’s confidentiality rules,” he said.

Reached by text Tuesday night, Baffert told The Associated Press he didn't want to comment beyond his statement. Asked how premature it is to leak an initial test before a second test is conducted, Baffert said, “I think it's a great question that someone besides me should answer.”

Baffert has requested a second round of testing on his horses' samples, which he is allowed to do, according to the Times.

Charlatan is ranked fourth on the qualifying points leaderboard for the Kentucky Derby, a race Baffert has won five times. It has been rescheduled for Sept. 5.

No one at the Arkansas Racing Commission was reachable after hours Tuesday night.