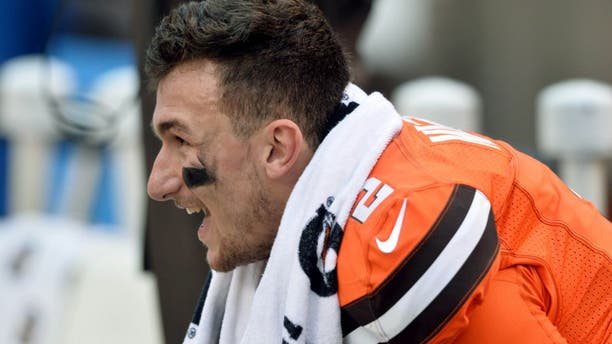 Dallas police have video surveillance of Johnny Manziel from the night he allegedly assaulted his ex-girlfriend, ESPN.com reports.

Although the police department did not annouce what is on the video, an ESPN source said it shows an encounter between Manziel, his ex-girlfriend Colleen Crowley and a valet at the Hotel ZaZa in Dallas. According to an affadavit for a protection order, Crowley said that after arguing with Manziel in his hotel room, the Cleveland Browns quarterback led her down a back stairwell to the valet.

Crowley allegedly told the valet that she was "scared for her life," but the valet said that he didn't know what to do. At which point, Manziel threw her into the passenger seat of the car and they drove away.

Crowley says that Manziel hit her and then threatened to commit suicide while they were en route to Fort Worth.

Police spokesman Maj. Midge Boyle said Saturday that investigators have reviewed medical records provided by Crowley and that they could conclude their domestic violence investigation by next week.

Manziel hasn't been charged, but a judge did issue Crowley a protection order against him.

Police haven't interviewed Manziel, but spoke to several other witnesses. Boyle says police want to have their strongest case against Manziel before speaking to him.

Some defense lawyers have questioned whether Manziel is getting special treatment and another suspect facing similar allegations might already have been arrested. Boyle said the detective investigating the allegations "hasn't gotten all the facts yet."

"She's still putting the case together," Boyle said. "It's been two weeks since this investigation started, and it is high-profile."

"As soon as we have something pertinent to put out, we will let you know," she said.

The Browns are expected to release Manziel in March.