Report: NBA All-Stars are playing fewer minutes than ever 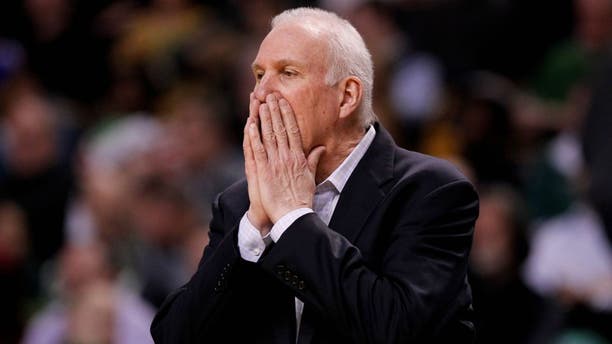 Common sense says you should play your best players as much as possible. But the NBA has gotten so hyper-intelligent that it's flipped such a theory in a diverging direction.

Now, NBA All-Stars are playing fewer minutes than ever before. We can probably thank Gregg Popovich and the Spurs for that one.

Over at the Comeback, Andrew Coppins wrote about a report the Wall Street Journal filed, explaining how little this year's All-Stars are actually playing:

Except for a small uptick during the 2010 season, average minutes for All-Stars have gone down during each year since 2006, when All-Stars averaged a bulbous 37.8 minutes per game. Nowadays, you can barely find anyone in the entire league playing that total. Jimmy Butler is the only player who's there, leading the NBA with a 37.9 average.

The Spurs started the trend of resting players and have taken it to the extreme. Over the last two years, Kawhi Leonard has been the only player on the team to average more than 30 minutes a night. The year before that, no one in San Antonio averaged 30 minutes.

Everyone is copying the Spurs now. And this isn't just a trend with All-Stars. It's true for relevant players around the NBA. If you're in a rotation, coaches will almost certainly make sure you're rested.