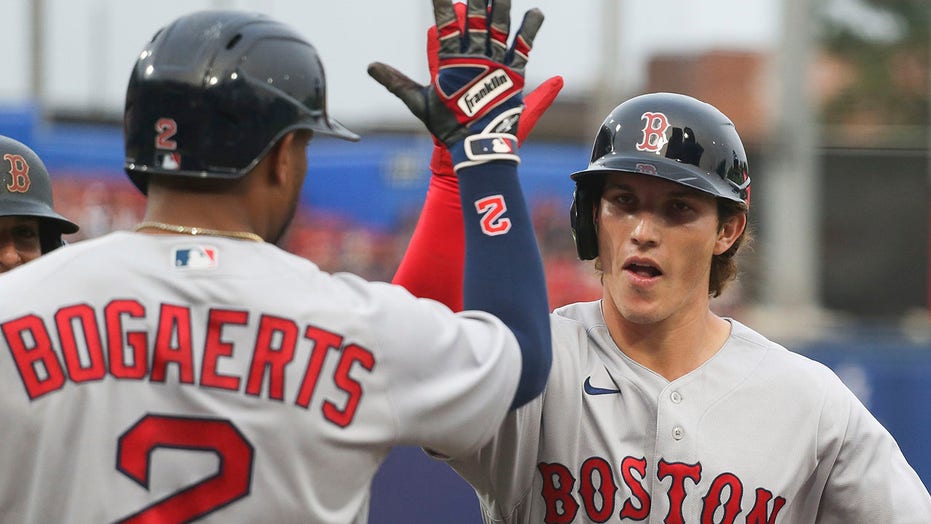 Boston Red Sox outfielder Jarren Duran needed three games, but he was finally on the board with his first career home run Monday night against the Toronto Blue Jays.

Duran hit an opposite-field home run off of Ross Stripling that barely cleared the left-field fence. Still, it counted and it was the 24-year-old California native’s first-ever home run.

"That’s a working count in my favor — I was hoping for a fastball and I got a fastball — and it was a good pitch too, it was up and away. I’m just glad I stayed with it and went the other way with it and didn’t try and do too much," Duran said after the game, via NESN.

"I didn’t think I got it, I thought maybe over his head for a double or something," he added. "But it all felt good trotting the bases, feeling like I did something to help the team get two runs on the board early."

Duran’s first-inning home run was a part of an eight-run first inning. The Red Sox went on to defeat the Blue Jays, 13-4. He finished 1-for-16 with two RBI and two strikeouts.

Hunter Renfroe, Enrique Hernandez, Rafael Devers and Danny Santana each had home runs in the game.

Nick Pivetta was credited with the victory. He allowed four runs on 11 hits in 6 2/3 innings. He struck out four batters and walked two others.