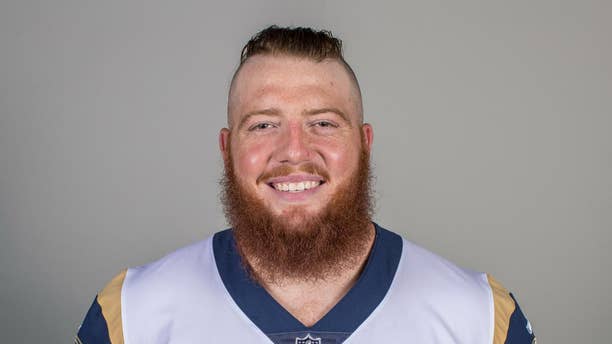 Aaron Neary, a backup center on the Los Angeles Rams, was arrested on suspicion of driving under the influence, police said. (AP)

Los Angeles Rams backup center Aaron Neary was arrested Sunday on suspicion of driving under the influence and crashing into several objects in a city north of Los Angeles, police said.

The crash allegedly occurred around 6:30 p.m. in Simi Valley, which is about an hour’s drive north of Los Angeles. Local authorities said they began receiving calls about a person driving erratically, according to the paper. Authorities said the vehicle crashed into a bus stop sign, mailboxes and trashcans.

Officers stopped the vehicle at an intersection and conducted a traffic stop, the Star reported. Police later identified the driver as Aaron Neary, 25, a Simi Valley resident who plays for the Los Angeles Rams.

Neary allegedly blew .17 percent on a breathalyzer test – more than twice the legal limit of .08, according to the report. The Rams player was arrested on suspicion of misdemeanor DUI with blood alcohol level over .08 percent, hit and run, and property damage, police said.

He was booked at East County Jail. No further details were released.