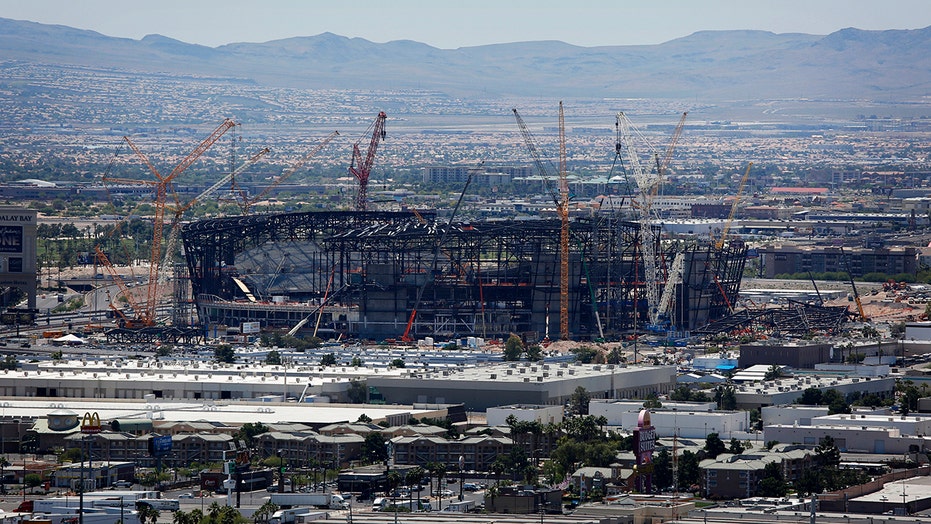 BILLS' SEAN MCDERMOTT ON KNEELING DURING NATIONAL ANTHEM: 'WE ARE ALWAYS GOING TO SUPPORT OUR PLAYERS'

“We’re waiting on the radio call, and we’re going to go as fast as we can to put a huge load on the plumbing system to make sure there’s no problems,” CAA Icon director Julie Amacker said in a video released by the team.

Don Webb, the COO of the Raiders’ construction subsidiary, told the newspaper the workers were purposely trying to overload the system. A successful test run would signal that construction is close to finished.

BRONCOS GREAT JERRY STURM, WHO TURNED DOWN BRIBE TO THROW GAME, DIES AT 83

“We don’t ever want there to be 60,000 to 70,000 people in the building and the plumbing system fails us during one of those events,” Amacker said. “This is one of the last boxes to check that says we’re ready to accept guests.”

The Raiders may not have to worry about anyone entering the stadium for a while.

Due to the coronavirus pandemic, the stadium may not be open for fans come the NFL season or any other type of event. Nevada has more than 10,600 confirmed coronavirus cases and 462 deaths.