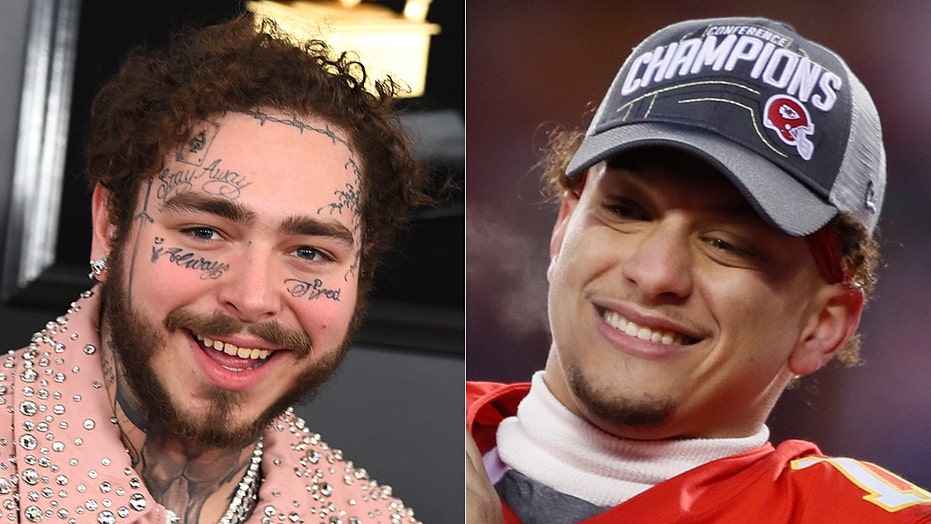 Rapper Post Malone is no stranger to interesting tattoos.

But having the autograph of Super Bowl champion Patrick Mahomes permanently inked on your body after losing a game of beer pong before a show definitely takes the cake.

The Kansas City Chiefs quarterback recalled the drinking tale in a recent interview with GQ magazine. Mahomes said it was the day of the parade in downtown Kansas City when he and teammate Travis Kelce decided to take the afterparty to a Post Malone concert that happened to be going on that same night.

The popular rapper invited the two backstage and challenged them to what started out as a friendly game of beer pong.

But challenging a young quarterback fresh off a Super Bowl win to a game of accuracy did not bode well for Malone.

After 14 or 15 straight losses, Mahomes said the rapper handed over a paper to him and Kelce and told them if he lost the next game he would get their autographs tattooed on him -- and sure enough, he lost that wager.

“He has a tattoo artist literally in the room,” Mahomes recalled. “I'm like, ‘Dude, you do not actually have to get a tattoo of our autographs.’”

Malone went through with his part, telling GQ he “thinks” it's the only tattoo he’s ever gotten after losing a bet.