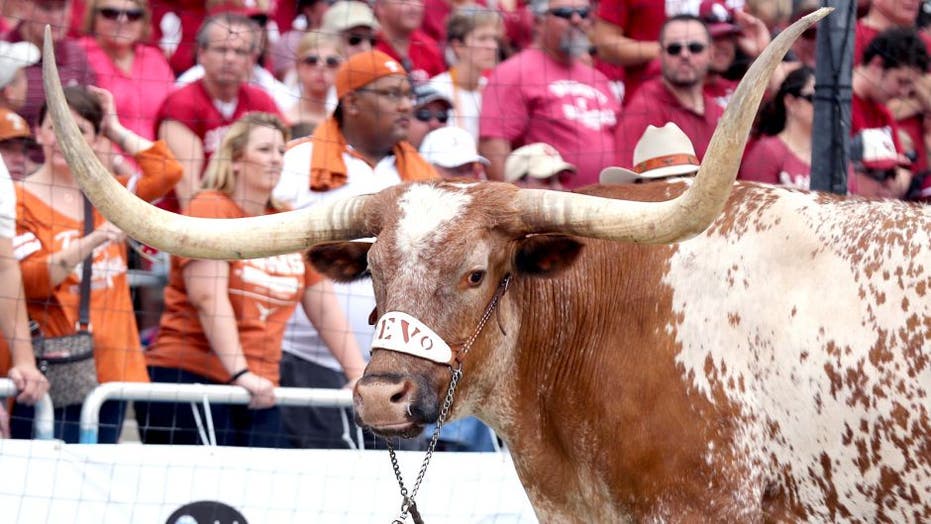 A former photographer for the Austin American-Statesman is suing the owners and handlers of the beloved Texas Longhorns mascot for negligence after the animal charged at him before the 2019 Sugar Bowl causing “permanent injury,” the publication said Monday.

Nick Wagner was taking photos of the Georgia Bulldogs’ live mascot at the Mercedes-Benz Superdome on January 1 when Bevo XV, the Longhorns mascot, appeared to break free from his handlers and charge in the direction of Wagner, who was situated in a large crowd.

According to a petition, obtained by the Austin American-Statesman, “Bevo XV rammed his longhorns twice into (Wagner’s) back causing permanent injury to (his) neck and back.”

It continued to accuse Bevo’s owners, John and Betty Baker, of knowing that the animal’s handlers were “unfit or not competent” yet “still allowed them to handle Bevo XV and subsequently failed to supervise them.”

UT officials defended the incident at the time, insisting that “[a]ll of the established safety measures for Bevo at home and away football games were in place at the Sugar Bowl last night,” adding: “The handlers that are with him at all times are well-educated, trained and did their job.”

Wagner is seeking damages up to $1 million.