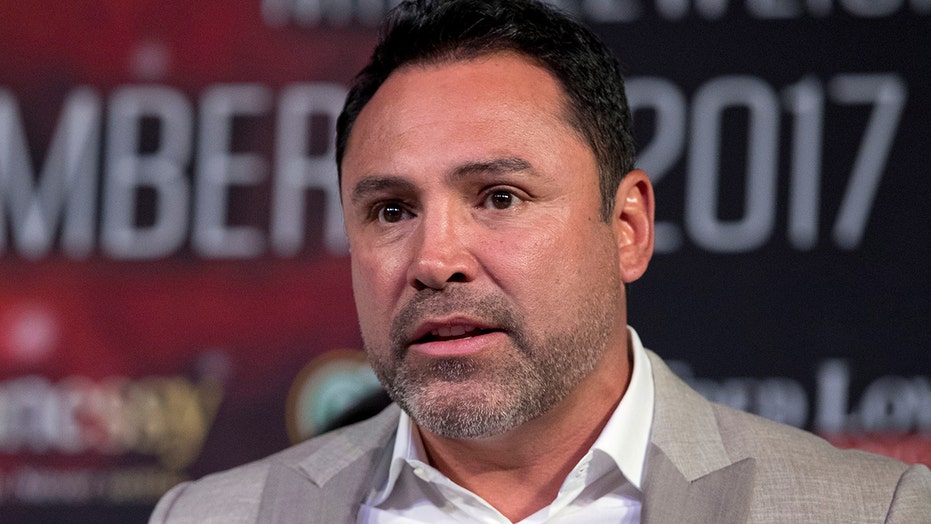 Former boxing champion Oscar De La Hoya revealed on Wednesday he was "raped" by an older woman when he was a teenager.

De La Hoya, 48, made the revelation in an interview with the Los Angeles Times ahead of his return to the ring against Vitor Belfort. The fight will be sanctioned by the California State Athletic Association and is set to take place on Sept. 11.

"I was raped at 13, from a woman, an older woman," he told the newspaper. "Thirteen, lost my virginity over being, you know, being raped, basically."

De La Hoya said the incident occurred when he was in Hawaii for a tournament and the woman in question was over 35 years old. He did not name the woman.

He said fighting was one of the ways to distract himself from the traumas of childhood.

"You suppress everything. You’re living this life, the Golden Boy, but, oh s--- wait, that’s still there. Like I never, like, thought about it, I never processed it, I never really thought how my feelings are … until one day it just comes out, and you don’t know how to deal with it," he told the LA Times.

De La Hoya fought professionally from 1992 to 2008 and had already stepped away from the ring once. His last bout came in a loss to Manny Pacquiao via a referee technical decision in December 2008. He beat Steve Forbes via unanimous decision in May 2008.

De La Hoya and Belfort will square off at the Staples Center in Los Angeles. Belfort is a former UFC star. He last fought in a boxing match in 2006 against Josemario Neves and won via knockout.