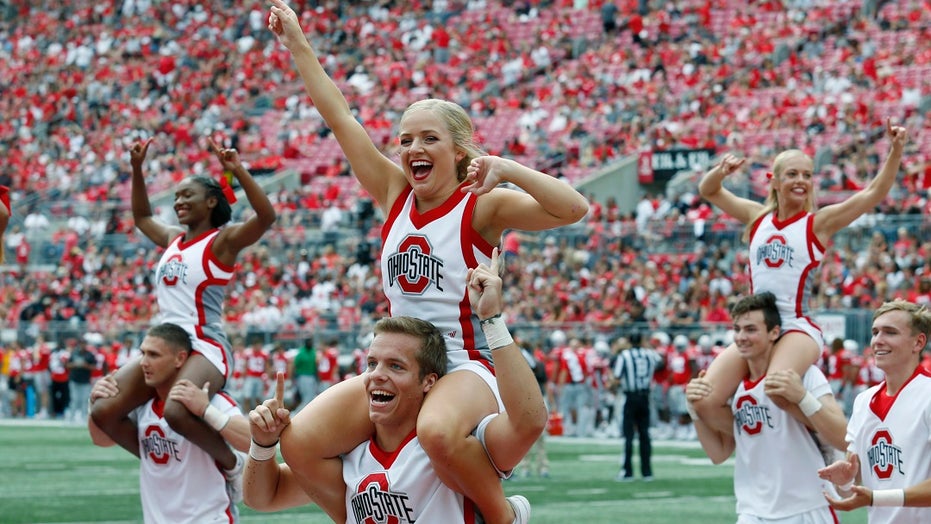 A New York-based online sports media company is asking a federal court to prevent Ohio State University from trying to stop the company from using the letter "O" in its logo as part of a university effort to protect its brand.

Overtime Sports Inc., which focuses on high school football and basketball, has a pending application with the U.S. Patent and Trademark Office for its capital "O" logo that features sloping, rounded corners. The university, home to the Ohio State Buckeyes, asked the company in July to stop using the letter, saying it resembled its own trademarked octagonal "block O" letter it has used since 1898.

"While Ohio State recognizes there are many legitimate, non-confusing uses of the letter 'O,' there can be no doubt that when the vast majority of people see a Block 'O' they associate it with Ohio State and its Block O Marks," Samantha Quimby, an attorney retained by Ohio State to argue its case, wrote in a July 19 letter to Overtime Sports.

In this Aug. 31 file photo Ohio State cheerleaders yell to fans during an NCAA football game against Florida Atlantic in Columbus, Ohio. A New York-based sports network has turned to the federal courts in its trademark dispute with Ohio State University over the use of the letter “O.” (AP Photo/Paul Vernon, File)

The lawsuit, filed in New York City on Monday by Overtime Sports, argues that the university's "O" doesn't have rounded edges or a rectangle in the center -- as its logo does. It said the company has not tried to compete with Ohio State and there was no danger of anyone confusing the letters.

The lawsuit asks that the university be prohibited from trying to stop others from using the logo.

Like most universities, Ohio State zealously protects its brand. Over the summer, it sought to trademark the word "the" in association with retail and merchandise associated with the school. The request was rejected by the U.S. Patent and Trademark Office.

It previously trademarked legendary football coach Woody Hayes his predecessor Urban Meyer. Ohio State has also argued against the University of Oklahoma's use of the letter "O."