Obama's high school basketball jersey up for auction, with bids starting at $25,000

If you want pieces of political and sports history, here's your chance at a twofer: Barack Obama's high school basketball jersey is up for sale.

The 44th president's 1978-79 Punahou High School jersey is on sale through the middle of next month, and Heritage Auctions has set the opening bid at $25,000.

"A strong argument could be made that this auction lot represents the most important basketball jersey that exists,"  reads the Heritage Auctions listing.

A bit about the jersey's provenance: It was nearly lost forever when seller Peter Noble, who played for the school three years after Obama and shared the number 23, plucked it from the trash when the school got new uniforms. Obama, whose love for basketball was well known while he served in the White House, told Sports Illustrated in a 2008 interview that the game gave him a sense of purpose when he was growing up in Honolulu. 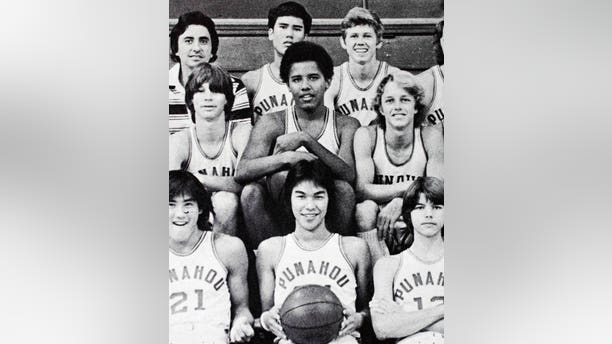 Obama, seen here in a yearbook photo, was known to teammates as "Barry."

“Basketball was a refuge, a place where I made a lot of my closest friends and picked up a lot of my sense of competition and fair play,” he said. “It was very important to me all the way through my teenage years.”

If the bidding gets too steep, JOLISPORT sells a replica of the same jersey on Amazon for $20.79.

Heritage Auctions is featuring the Obama jersey as part of Sports Collectibles Session Platinum Night on Aug. 17 in Dallas, with online bidding open between now and then.