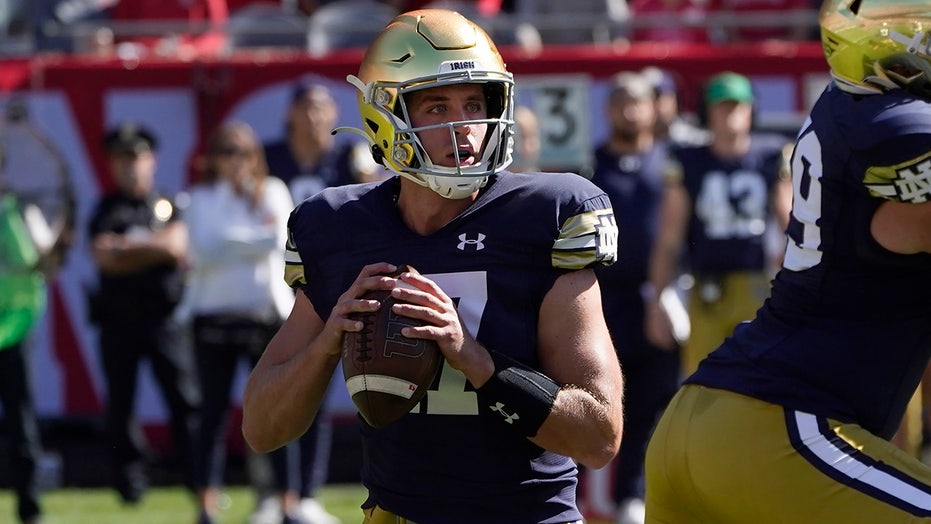 Former Notre Dame quarterback Malik Zaire was loving the performance from the Fighting Irish on Saturday during their big win over Wisconsin.

Notre Dame’s defense forced Wisconsin quarterback Graham Mertz to struggle mightily for most of the game. Mertz was able to throw his first touchdown pass since November but it was the only offense he and the Badgers could really muster.

Mertz had four interceptions in the game, including back-to-back Pick Sixes to Jack Kiser and Drew White, which helped wrap up Notre Dame’s 41-13 victory.

Zaire was jubilant on social media.

"Wisconsin gave us Jack for Mertz?! What a steal," he tweeted about Notre Dame quarterback Jack Coan.

Zaire played for Notre Dame from 2014 to 2016 before transferring to Florida for his final year of NCAA eligibility. He split time with DeShone Kizer at points during his career at Notre Dame. He finished with 816 passing yards and six touchdowns in 15 games with the Fighting Irish.

Coan left the Wisconsin game with an injury. He was 15-for-29 with 158 passing yards and a key touchdown pass to Kevin Austin Jr. before halftime. Coan transferred to Notre Dame for his final year of eligibility after the Badgers decided to go with Mertz as the starting quarterback.

Coan has helped the Irish to a 4-0 record to start the season and elevated them into the top 10 in the latest AP poll.