Nominees for NASCAR Hall of Fame's Class of '17 announced 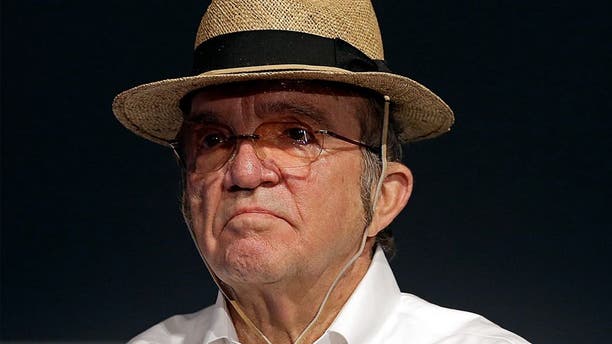 CHARLOTTE, NC - JANUARY 20: Car owner Jack Roush listens as his drivers talk to the media during the second day of the NASCAR 2016 Charlotte Motor Speedway Media Tour on January 20, 2016 in Charlotte, North Carolina. (Photo by Bob Leverone/NASCAR via Getty Images)

The nominees were selected by a nominating committee consisting of representatives from NASCAR and the NASCAR Hall of Fame, track owners from both major facilities and historic short tracks and the media. The committee's votes were tabulated by accounting firm Ernst & Young.

Added to this year's list of Landmark Award nominees is Janet Guthrie -- the first female driver to compete in a NASCAR premier series superspeedway race. The four returning nominees for the Landmark Award are H. Clay Earles, Raymond Parks, Ralph Seagraves and Squier (more on each below). Potential Landmark Award recipients include competitors or those working in the sport as a member of a racing organization, track facility, race team, sponsor, media partner or being a general ambassador for the sport through a professional or non-professional role. Award winners remain eligible for NHOF enshrinement.

Following are the 20 nominees for induction into the NASCAR Hall of Fame, listed alphabetically:

The five nominees for the Landmark Award, listed alphabetically, are as follows:

In addition, drivers who have competed for a minimum of 10 years and reached their 55th birthday on or before Dec. 31 of the year prior to the nominating year are immediately eligible for the NHOF.

Any driver who has competed for 30 or more years in NASCAR competition by Dec. 31 of the year prior to the nominating year is automatically eligible, regardless of age.

Drivers may continue to compete after reaching any of the aforementioned milestones without compromising eligibility for nomination or induction.

For non-drivers, individuals must have worked at least 10 years in the NASCAR industry.

Individuals may also be considered who made significant achievements in the sport, but left the sport early due to a variety of circumstances.

The 22-person Nominating Committee was comprised of the following.