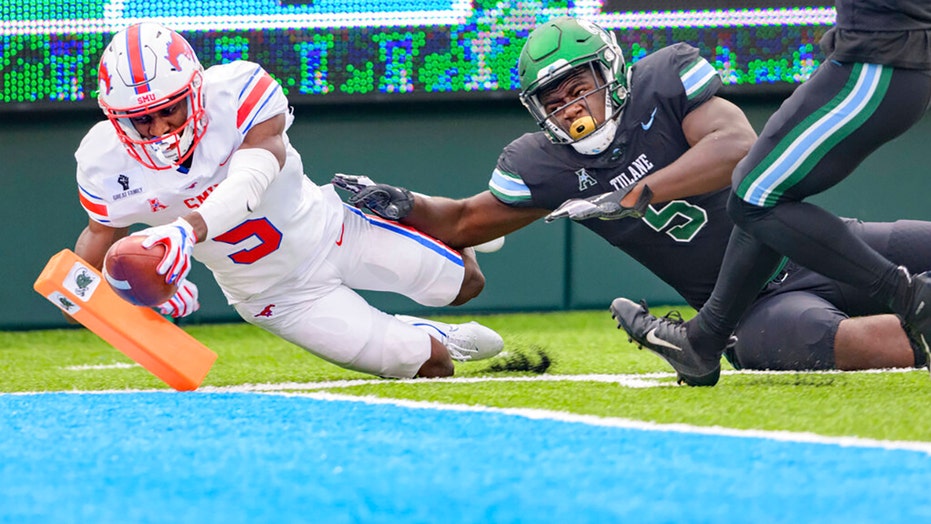 Brandon Crossley ended the first overtime possession with an interception and Chris Naggar made a 34-yard field goal to give No. 17 SMU a 37-34 victory over Tulane on Friday night.

“It’s good to get a hard-fought win,” SMU coach Sonny Dykes said. “We had our hands full and we were really fortunate to win. It’s very difficult to be able to win a mid-week game on the road, especially with all the problems that we created for ourselves. We just didn’t seem to be in sync on either side of the ball. We did a bunch of things that if you normally do, you lose ball games. But, we were able to win.”

SMU is 5-0 for the second straight season, a feat it last accomplished in 1983.

“Being able to accomplish what we have these last two years says we are getting better as a program,” Dykes said. “When you take over a program you want to always try and get better. It’s a credit to the players for buying in and doing what we are asking them to do.”

“We went blow for blow with them,” Tulane coach Willie Fritz said. “Unfortunately, they get the last one in. I saw a lot of good things from our guys. Really was impressed with the way we battled and fought back.”

After Tulane took a 31-27 lead early in the fourth quarter on Pratt’s 7-yard touchdown, the Mustangs pulled ahead 34-31 lead on Shane Buechele’s 10-yard pass to Danny Gray.

Buechele completed 23 of 37 passes for 384 yards and two touchdowns. He entered the game second nationally in passing yards.

“I really appreciate the effort, playing the 17th-ranked team in the country, but we’re at the point in our program where we want to win those games," Fritz said. "We’ve just got to play a little bit better in order to do that.”

Only family members of players and the Tulane staff were allowed to attend the game at Yulman Stadium because of the coronavirus pandemic.

Having caught only one pass in the first four games, Green Wave receiver Mykel Jones had three receptions for 40 yards on the first drive, the last the 31-yard scoring play.

With so many big-time matchups between ranked teams Saturday, it’s too early to tell whether or not the Mustangs will make a significant jump.

Tulane: At Central Florida next Saturday.