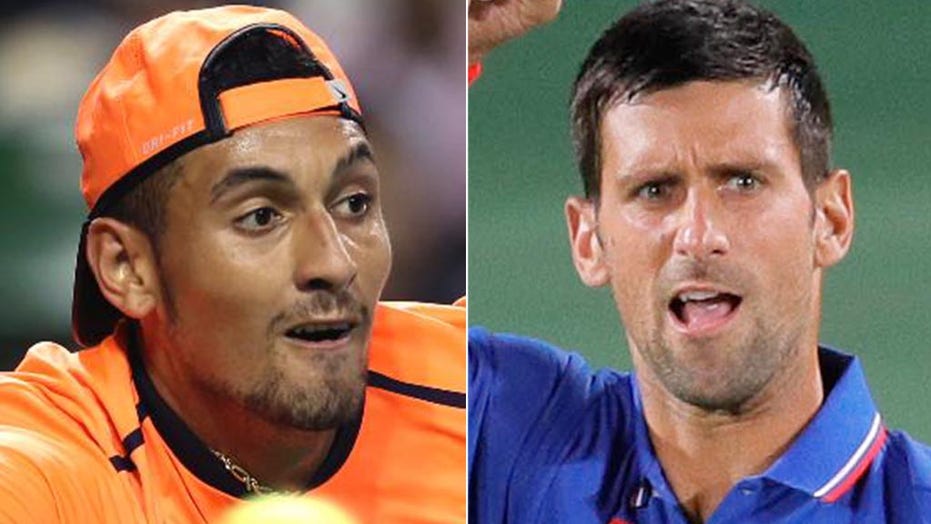 Outspoken Australian tennis pro Nick Kyrgios slammed Novak Djokovic for being “irresponsible” Tuesday, sharing a video of the World No. 1 dancing shirtless at a Serbian bar days before he and several other players at his charity event tournament would test positive for coronavirus.

Kyrgios took to Twitter shortly after news broke that Djokovic himself contracted the virus following the second event on the Adria Tour in Zadar, Croatia.

“Prayers up to all the players that have contracted Covid - 19 [sic],” He said in a retweet of the video. “Don’t @ me for anything I’ve done that has been ‘irresponsible’ or classified as ‘stupidity’ - this takes the cake.”

The video, initially posted to social media on June 15, appeared to show Djokovic, Grigor Dimitrov and several other notable players at the Lafayette Cuisine Cabaret Club in Belgrade, according to the New York Post. No one appeared to be following social distancing guidelines and the pros were even seen dancing shirtless.

Djokovic issued a statement Tuesday morning confirming that he and his wife Jelena had tested positive after returning to Serbia following the cancelation of the second stop on the Adria Tour.

Dimitrov was the first to test positive, followed by Borna Coric, Viktor Troicki and his wife, and a pair of coaches -- all of whom participated in the tournament.

“Boneheaded decision to go ahead with the ‘exhibition’ speedy recovery fellas, but that’s what happens when you disregard all protocols,” Kyrgios wrote on Twitter in reply to Coric’s statement regarding his positive result, adding: “This IS NOT A JOKE.”

Kyrgios also called the U.S. Tennis Association (USTA) “selfish” last week after it announced that it would be moving forward with the U.S. Open in New York City at the end of August.