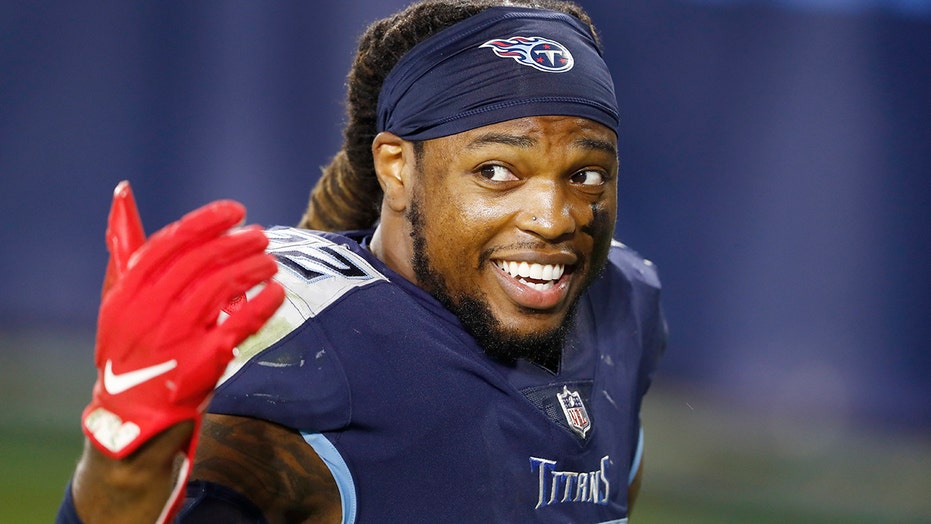 The seventh week of the 2020 NFL season is about to get underway, leading off with a pivotal game between the Philadelphia Eagles and New York Giants.

While many consider the NFC East to be the worst division in football, each team still has a chance to win the division and potentially host a playoff game. Each NFC East team will be playing each other this week, as the Dallas Cowboys and Washington Football Team will be in action Sunday.

The week will also feature a rescheduled game between the Pittsburgh Steelers and Tennessee Titans. Both teams had the game moved because of the Titans’ coronavirus outbreak earlier in the season. Both teams are also among the last teams to be undefeated.

The Baltimore Ravens, Minnesota Vikings, Miami Dolphins and Indianapolis Colts are all on bye weeks.

Here’s a brief look at the week ahead:

Philadelphia Eagles' Carson Wentz passes during the first half of an NFL football game against the Los Angeles Rams, Sunday, Sept. 20, 2020, in Philadelphia. (AP Photo/Laurence Kesterson)

On the outside looking in, the NFC East is a bad division. But the Eagles and Giants are still looking to capture the title and are still in contention to do so. The Thursday night matchup will get the week started around the NFL.

The Falcons finally picked up their first win last week and get to host the Lions this week. Atlanta will have to account for D’Andre Swift, who broke out last week for his first 100-yard rushing game.

The Browns sit at 4-2 but for fans it might seem like the world was crashing down on the team again. Cleveland is entering the easiest part of their schedule and it starts with the Bengals. Baker Mayfield and the team need to put a potential easy divisional win behind them. Joe Burrow and Cincinnati blew a big lead to the Colts last week and got their fourth loss.

Surprisingly, it will only be the fifth matchup between the Texans and Packers all-time. Aaron Rodgers and Deshaun Watson are both looking to bounce back losses.

The Saints will host the Panthers in an important NFC South game. New Orleans will hope to have a healthy Michael Thomas back while Carolina could get back over .500 and past the Saints in the division.

Buffalo Bills quarterback Josh Allen (17) and wide receiver Stefon Diggs (14) sit on the bench in the second half of an NFL football game against the Tennessee Titans Tuesday, Oct. 13, 2020, in Nashville, Tenn. The Titans won 422-16. (AP Photo/Mark Zaleski)

The Bills have a good shot at putting their loss to the Chiefs behind them. Buffalo heads to MetLife Stadium to play the Jets. New York has lost six straight games. Sam Darnold might return for the Jets after a shoulder injury, increasing the chance of New York making it a game at least.

The Titans and Steelers are both undefeated and their matchup might be the game to watch in the early afternoon Sunday. Tennessee defeated the Texans in overtime last week while the Steelers trounced the Browns.

The first game between 1-5 Washington and the 2-4 Dallas Cowboys since the name change is also the longtime NFC East rivals’ first meeting with this bad a combined winning percentage since 2001. That was a 9-7 game kicker Tim Seder won with a 26-yard field goal as time expired after a collision with a horse on the field during warmups. (AP Photo/Stephen Brashear, File)

Washington and the Cowboys are still in contention for the NFC East as well despite poor play. The Cowboys will hope to look better than they did on Monday night against the Cardinals, while Washington hopes that a one-point loss to the Giants was a fluke.

Seattle Seahawks quarterback Russell Wilson (3) looks up as he stands on the sidelines against the Minnesota Vikings late in the second half of an NFL football game, Sunday, Oct. 11, 2020, in Seattle. (AP Photo/Ted S. Warren)

The Seahawks and Cardinals have a matchup-to-watch in the afternoon. Both teams are flying high this season but it’s divisional matchups like these that can make or break some team’s playoff chances. This game was flexed to Sunday night.

The Chiefs hit the road for an AFC West matchup against the Broncos. Kansas City got a huge win over the Bills on Monday night while the Broncos barely scraped out a win against the Patriots.

Justin Herbert vs. Gardner Minshew II in a battle of 1-5 teams. Something has to give. In the 12th matchup all-time between the two teams, either could really use a win to maybe salvage a season.

San Francisco 49ers quarterback Jimmy Garoppolo watches from the sideline during the second half of an NFL football game against the Miami Dolphins in Santa Clara, Calif., Sunday, Oct. 11, 2020. (AP Photo/Tony Avelar)

Jimmy Garoppolo plays the Patriots for the first time since the team traded him. He takes the 49ers across the country to face Cam Newton. New England hasn’t been under .500 since 2001.

Las Vegas Raiders quarterback Derek Carr (4) looks to throw a pass during the first half of an NFL football game against the Kansas City Chiefs, Sunday, Oct. 11, 2020, in Kansas City. (AP Photo/Charlie Riedel)

Tom Brady and the Buccaneers shocked people when they trounced the Packers last week. The defense played great and really showed how menacing they can be. The Raiders are battling COVID issues which might make things extremely tough for them against Tampa Bay. This game was flexed to Sunday afternoon.

The Rams and Bears close out Week 7 on Monday night. The Rams will look to move to 5-2 on the season while Chicago is hoping for a 6-1 start.