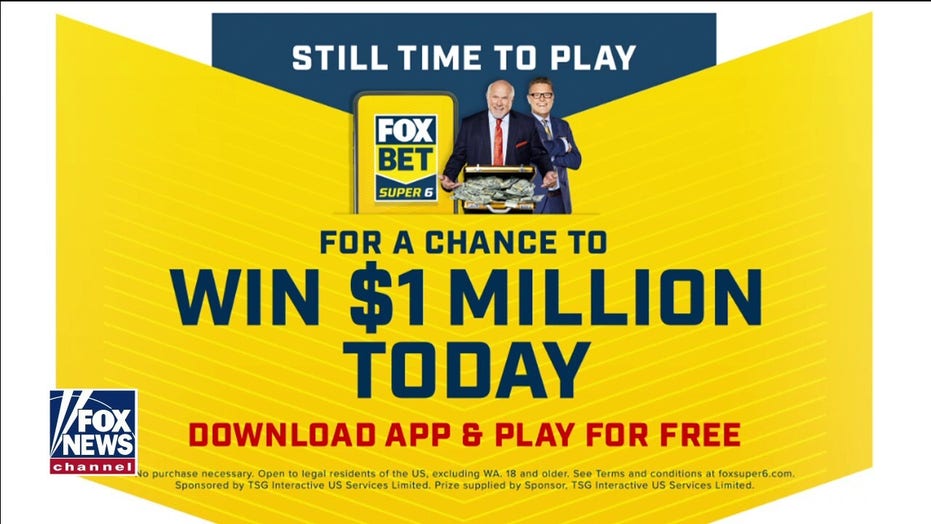 Fox Bet Super 6 is offering Terry Bradshaw's million dollars after it went unclaimed for a third week in a row.

The Fox Super 6 jackpot rolls over into Week 9 of the National Football League season. All you have to do is download the Fox Super 6 app and pick the winner and the margins of victory of the six games listed.

Get them all right and you will take home part of the grand prize jackpot of $1 million. (The jackpot will be split among all those who get every game and margin of victory correct.)

Even if nobody correctly picks the winner and margin for all six games, those who come the closest will be eligible for the $10,000 guaranteed prize, which will be handed out.

The best part of all is it’s free. To play, all you have to do is go to the Fox Super 6 app on your phone or tablet device. When you click on the app, you will see the entry for the NFL Sunday Challenge. Just go onto the app, swipe for the team that you think will win and the margin of victory.

FOX Bet Super 6 is available nationwide with the exception of Washington state.

FOX Bet is an online and mobile sportsbook originally developed through a first-of-its-kind national media and sports wagering partnership in the United States between The Stars Group Inc. and FOX Sports, a unit of Fox Corporation. On May 5, 2020, Flutter Entertainment Plc announced its acquisition of and subsequent merger with The Stars Group.