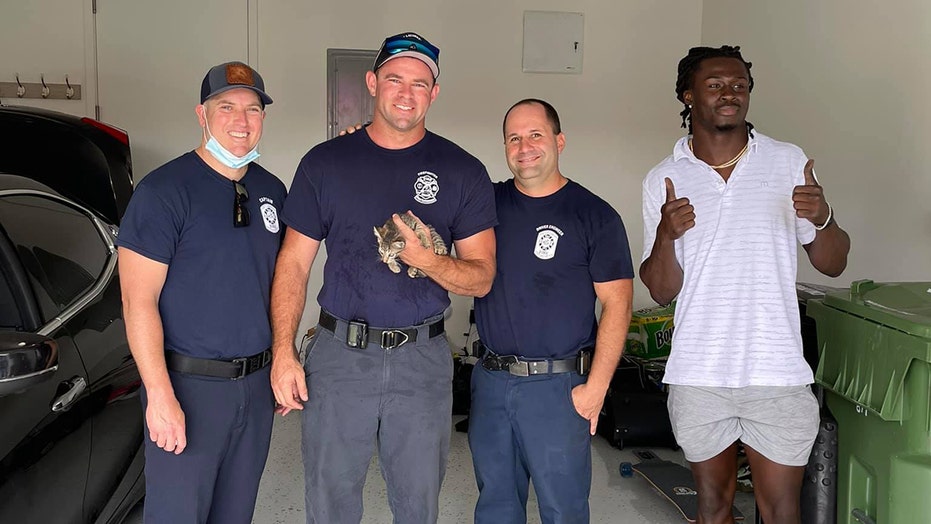 Florida firefighters were called to the home of New York Giants cornerback Isaac Yiadom on Sunday to rescue a cat that was stuck under the NFL player’s car.

Fort Lauderdale firefighters posted an update on the ordeal on their Facebook page. Officials said the kitten was stuck "above the rear differential of his car."

"Thankfully the kitten was a lot slower and less agile than Isaac and crews were able to make a successful rescue. FLFR for the win!" the Facebook post read.

Yiadom’s Maserati was partially disassembled to reach the cat. The animal did not appear to be injured.

The 25-year-old was selected in the third round of the 2018 NFL Draft by the Denver Broncos. He played for the Broncos in 2018 and 2019 and appeared in 29 games for the team. He had 63 tackles and an interception.

He was traded to the Giants prior to the start of the 2020 season. He played in all of the Giants’ 16 games, starting in 10 of them. He had 46 tackles and a half-sack.

Yiadom will have to compete for time in 2021. The team signed Adoree Jackson in the offseason and drafted rookie Aaron Robinson. Darnay Holmes is also another contender to start every day.