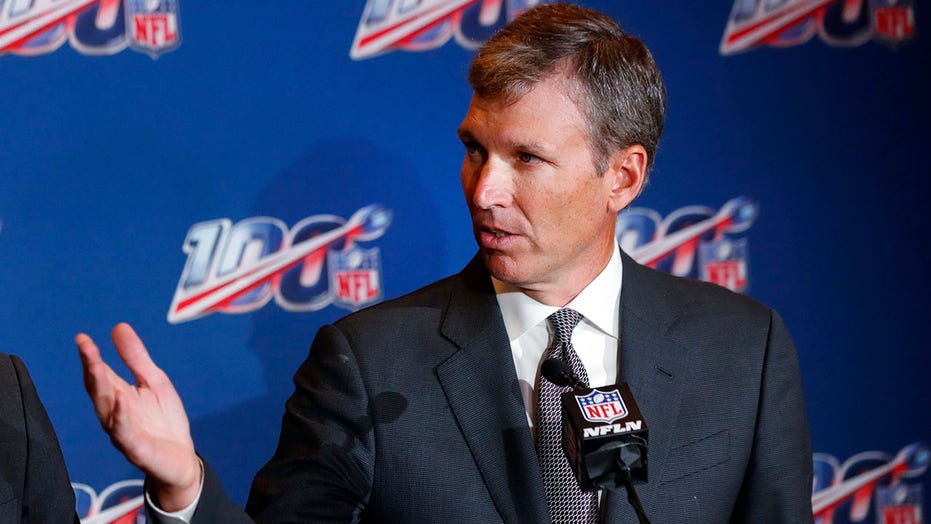 It took playing games on all seven days of the week, a wide receiver starting at quarterback, numerous schedule changes and constant revisions to health and safety protocols for the NFL to reach Week 17 on time.

That’s a remarkable accomplishment during a global pandemic.

"Since March, the league, clubs, coaches, Players Association committed to a tremendous medically-led collaborative effort to create a safe work environment that maintained a level of acceptable equity," NFL executive vice president of football operations Troy Vincent told The Associated Press on Monday. "Protocols were diligently developed and modified based on virus identification, isolation, containment that allowed the flexibility to adjust schedules when necessary, while at the same time affording clubs and players autonomy in a non-bubble environment. These efforts, still ongoing, by all the stakeholders demonstrates the power of teamwork and sacrifice to achieve a season in unprecedented times."

COVID-19 wiped out spring practices, canceled the preseason and took 2020 into uncharted territory but it didn’t stop the NFL from conducting business under the most unusual circumstances.

The league presses forward with its goal of playing all 256 scheduled games in 17 weeks and the Super Bowl in Tampa on Feb. 7. What often seemed improbable has become quite achievable.

"Contact tracing is the thing people are not talking the most about, but it is foundational to our success," said Dr. Allen Sills, the league’s chief medical officer. "We have said all along it is almost impossible to prevent single, isolated cases. Our entire protocol and strategy has been built around mitigating transmission — and the key is good contact tracing."

The NFL implemented strict COVID-19 protocols that were updated throughout the season as more information regarding the virus and controlling it was learned. Players and coaches were tested daily, mask usage became mandatory, facilities were shut down at various points, meetings were held virtually and the games continued.

Contact tracers became the MVPs. The process is extensive and starts with determining who was exposed to someone who tested positive, the level of exposure and level of risk and how to mitigate risk.

"I almost think of it as almost like blocking and tackling," Sills said. "Players can make the long runs and great catches, but we all know without outstanding blocking it’s not possible to execute those plays. That process has to me been really foundational, and a tremendous amount of work is involved with a very large number of people. It’s more than the (tracking) devices; they are important, but not the sum total of our contact tracing. What’s involved is interviewing individuals, gathering all that data from the tracking devices, and watching the video from team facilities and practice fields, talking to an individual’s friends and family and others who may be involved."

Each team has an infectious disease control officer who works along with the head athletic trainer and team physician. The trio works with the league’s three-member team consisting of a contact tracer, an epidemiologist and a physician.

"They will get all the data, synthesize it all and work with the club’s personnel, and then prepare a report which they will bring back to our committee that oversees our day-to-day COVID operations, and then I will review that report," Sills said. "So it is multilayered, with staff and many other people. On some days we might have only two to three traces and some days have 14 to 15 going on."

The Tennessee Titans were the first team to experience a breakout and the Baltimore Ravens were hit hard last month, forcing them to play the league's second Wednesday game since 1949.

Several coaches were fined for violating the mask-wearing mandate, five teams were fined for multiple protocol violations and the Raiders and Saints were stripped of draft choices.

The Denver Broncos ended up using practice squad wideout Kendall Hinton at quarterback in a loss to New Orleans after No. 3 QB Jeff Driskel tested positive for the coronavirus and starter Drew Lock, backup Brett Rypien and practice squad veteran Blake Bortles had failed to wear their masks around each other earlier that week.

Hinton, who played quarterback at Wake Forest before switching to wide receiver, became the first non-QB to start at the position since running back Tom Matte did so for the Baltimore Colts in 1965.

The Cleveland Browns lost six players because of protocols a day before losing the New York Jets on Sunday, leaving them in a win-or-else playoff scenario this week against Pittsburgh.

"It can happen just like that," Browns defensive tackle Larry Ogunjobi said. "The day before a game, you lose a good amount of players and it is like, ‘Whoa.’ At the end of day, it is all around the league and it is just one of the things that now that it is happening and you understand how serious this thing can be and how quickly it can change the tide. Once again, we have to continue to be proactive. ... It is just something that can’t be taken lightly."

The NBA and NHL concluded their 2019-20 seasons in a bubble and MLB isolated teams for the postseason but the NFL has managed to avoid it.

"We do have some contingency planning," Sills said. "We’ve had it all year, and they are first driven by medical safety. Can we operate in the market in a way that is consistent with what we are doing and have been doing? Some of our clubs who have been operating in areas of high numbers of cases of the disease, those clubs have managed to avoid positive tests. That speaks to the hard work they are doing and care they are taking every day. So we will continue to follow that same road map. It has been a sound game plan. Have to continue to execute in the same manner that we have executed so far."