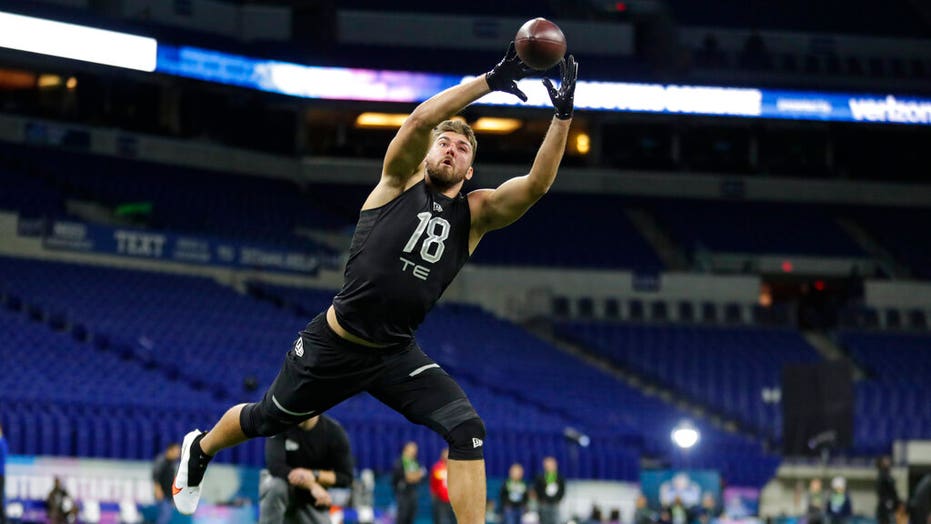 The NFL Scouting Combine kicked off in Indianapolis this week, giving prospects across the country a chance to showcase their skills and, for lesser-known players, a chance to make a name for themselves.

But one prospect, unfortunately, drew attention for all the wrong reasons when he was smacked in the face during the "gauntlet drill."

Mitchell Wilcox, a tight end from the University of South Florida, likely didn't do his draft stock any favors when he took a spiral in his left eye.

To his credit, he was able to shake off the hit and catch the next two passes, completing the drill.

After he was hit, he reportedly almost fell during his second attempt, and then actually fell on the next drill.

"Rough day at the office for sure," he tweeted. "Couldn't see well out of my left eye and was disoriented after that ball.. I'll bounce back."

More than 300 prospects participate in the NFL Scouting Combine. On Thursday, tight ends, receivers and quarterbacks are put through their paces, while kickers, special teams, offensive line and running backs work out on Friday.