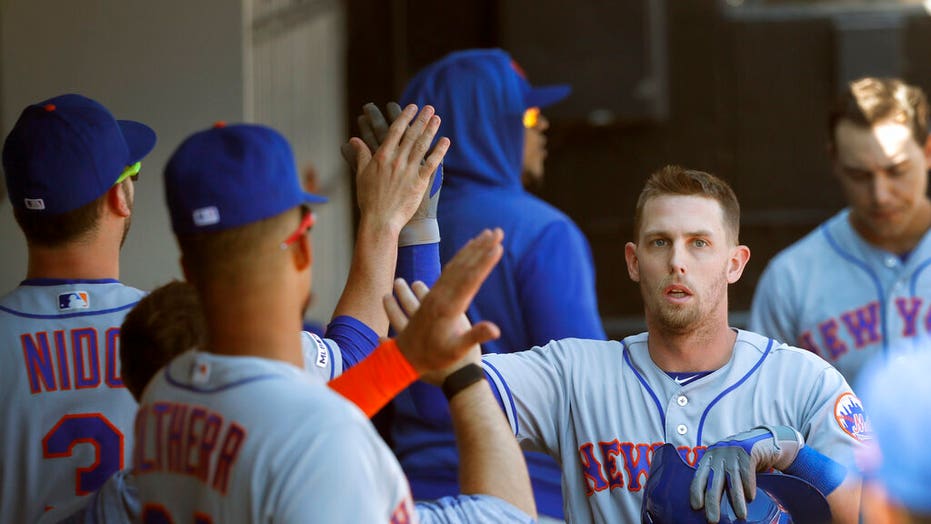 The Chicago White Sox are the first MLB team to extend protective netting all the way to their foul poles to protect fans - but it was the New York Mets' Jeff McNeil who used the netting to his advantage for a spectacular catch Thursday.

In the fifth inning, McNeil, who has earned the nickname "squirrel" since being called up to The Show a year ago, playing in right field, reacted to a foul fly hit by Eloy Jiménez.

McNeil ran at full speed toward the sidewall and caught the ball, but launched himself into the netting. Fortunately for the fans sitting in the front row, the netting held and McNeil popped back onto the field in one piece.

"The fence is really low, so you don't want to stop there," McNeil said after the game. "The best-case scenario is just jump into the net and kind of use it for my protection."

McNeil said his leap was a spur-of-the-moment decision and that he might have jumped into the stands if the netting wasn't here.

"It would have been unfortunate for whoever's in the front row," he said. "I'm going into the stands on that."

McNeil's highlight-reel catch was just one of a number of standout defensive plays by the usually defensively inept Mets Thursday.

Off the back of the defensive efforts, and Zack Wheeler's seven strong innings, the Mets beat the Sox 4-0, sweeping the series in Chicago's south side, and improving their record to 53-55 as they chase down a potential wild card spot after recovering from a dreadful June.

McNeil, 27, has been a highlight of an otherwise disappointing season for the Mets thus far. He earned his first-ever All-Star berth earlier this season and is currently attempting to win a batting title, batting .331, good for joint second in the National League with LA Dodger Cody Bellinger, behind last year's MVP Christian Yelich, who sits at .332.