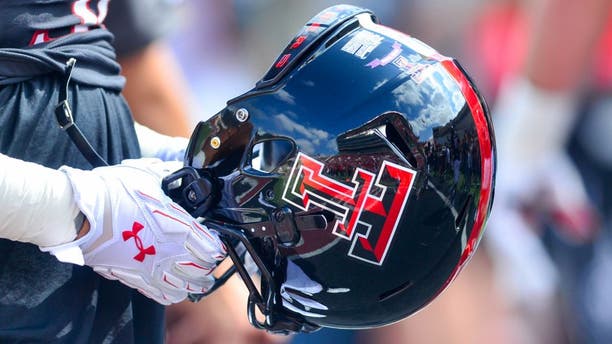 Texas Tech lost a terrific offensive weapon with the graduation of Jakeem Grant, a speedy 5-6, 180-pounder. However, the Red Raiders have a brought on a much bigger wideout who looks like he's ready to make a big impact in Lubbock. And has also emerged as a prime candidate for our annual Freaks list.

Derrick Willies, a 6-3, 225-pound junior college transfer, has generated some good buzz since arriving at Tech as a mid-year enrollee, and that buzz has only grown since he tweeted out video of himself vaulting onto a 60-inch box from a seated position--while wearing a 10-pound weight vest Sunday.

Last season Willies caught 49 passes for 1,115 yards and 14 touchdowns for Trinity Valley CC in Texas. He led the nation in yards per reception (23.6). The 21-year-old Illinois native, who began his college career at Iowa, won state track and field titles in the 110-meter hurdles, 300-meter hurdles and 300-meter dash.