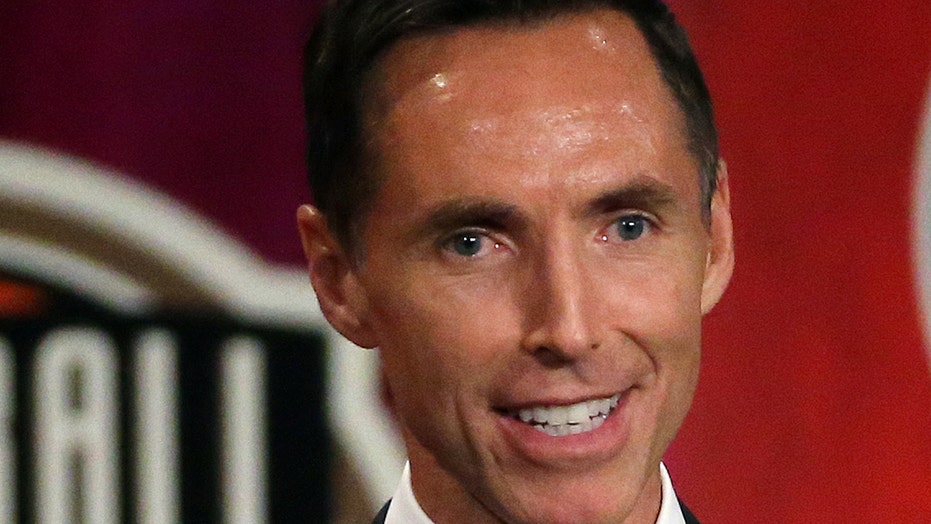 The Minnesota Timberwolves and Brooklyn Nets played their make-up game on Tuesday after it was postponed in the aftermath of the police shooting of Daunte Wright, who was killed by an officer on Sunday.

Nash called it "more senseless tragedy" and said that it’s "heartbreaking to be in a civilization that behaves this way."

"It’s the same thing over and over again," Nash continued. "People are losing their lives for no reason and it’s been happening for hundreds of years and we’re still here in 2021. So, it’s a tough time. Tough time for basketball to be at the forefront but at the same time we have to move forward and take care of our responsibilities amidst such a devastating situation."

The Nets and Timberwolves took the floor during warmups wearing black shirts that read, "With liberty and justice FOR ALL," with the last two words underlined and capitalized.

Police shot and killed Wright, a 20-year-old Black man, in a Minneapolis suburb, on Sunday.

The bodycam footage showed three police officers gathered near a stopped car that was pulled over an expired registration. Police attempted to arrest Wright for an outstanding warrant, leading to a struggle, followed by the fatal shooting.

Brooklyn Center Police Chief Tim Gannon said the officer who shot and killed Wright had intended to fire a Taser, not the handgun.

The officer was identified as Kimberly A. Potter, whose career with the Brooklyn Center Police Department has spanned more than 25 years, the Minneapolis Star Tribune reported.

Both Gannon and Potter resigned from their positions after two consecutive nights of rioting and looting in response to the deadly shooting, Mayor Mike Elliott announced at a news conference Tuesday.