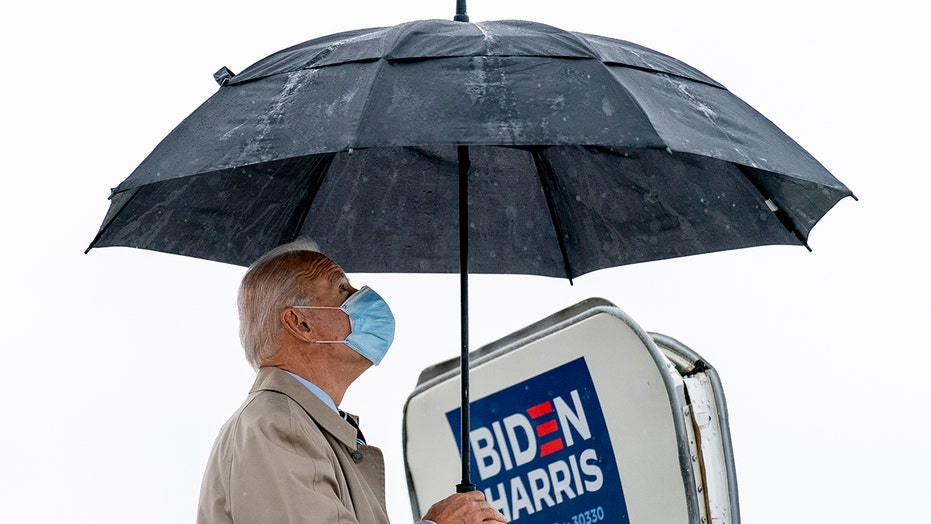 Towns, Haslem and Barnes spoke to Biden’s drive-in rally crowd before the Democratic candidate for president spoke. The Heat veteran advised the crowd to get out and vote, according to the South Florida Sun-Sentinel.

“Tell a friend. Get together a plan. Tell a cousin. Tell an uncle. I'm getting together my homeboys,” Haslem said, adding that voter suppression was “real” and throwing his support behind Biden and Sen. Kamala Harris, D-Calif.

The Timberwolves star also spoke at the rally, according to the Miami Herald. He said he couldn’t wait to see Biden step into the Oval Office when he became president.

Biden thanked the NBA players for coming to stump for him. He praised the Heat team for making the NBA Finals even though he admittedly comes from “Sixers Country.”

NBA players and teams have been using their platforms to help get the word out on voting while some have even gone as far as throwing their support behind Biden.

Chris Paul has been one of the several players on the front lines of political activism. He and New York Knicks guard Dennis Smith Jr. led a group of students to the polls in North Carolina on Wednesday.

The election between President Trump and Biden has been hotly contested. Election Day is Nov. 3 and more than 79 million people have already voted.