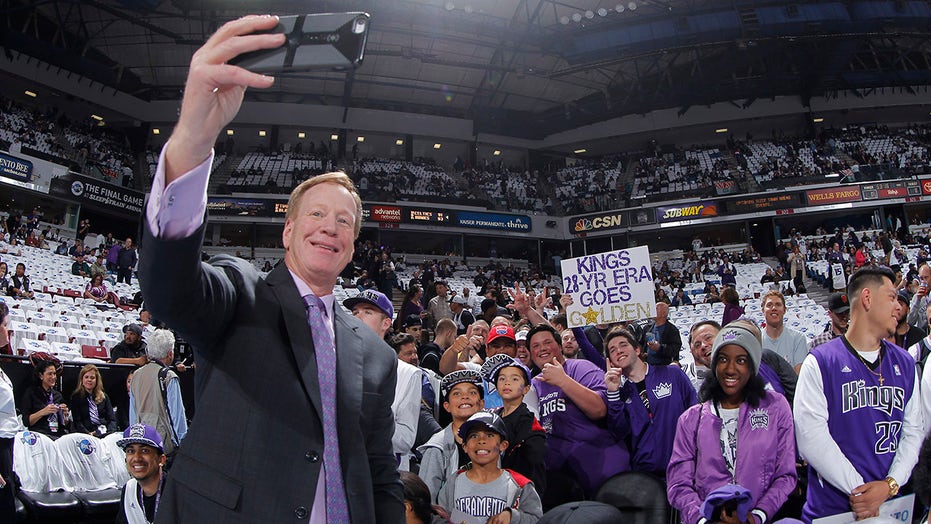 Grant Napear, the former NBA announcer who parted ways with KHTK radio after tweeting "All Lives Matter" in the middle of racial tension amid the death of George Floyd, filed a wrongful termination lawsuit against the station’s parent company on Thursday.

The 62-year-old New York native tweeted in response to a question from former Kings center DeMarcus Cousins days after Floyd’s death at the hands of a Minneapolis police officer.

SACRAMENTO, CA - APRIL 17: TV announcer Grant Napear of the Sacramento Kings during the game between the Los Angeles Clippers and Sacramento Kings on April 17, 2013 at Sleep Train Arena in Sacramento, California.  (Rocky Widner/NBAE via Getty Images)

"While we appreciate Grant’s positive contributions to KHTK over the years, his recent comments about the Black Lives Matter movement do not reflect the views or values of Bonneville International Corporation," the company said.

"The timing of Grant’s tweet was particularly insensitive. After reviewing the matter carefully, we have made the difficult decision to part ways with Grant."

Last October, Napear didn’t appear to have any regrets over the tweet.

SACRAMENTO, CA - APRIL 9: Sacramento Kings broadcaster Grant Napear takes a selfie with fans prior to the game against the Oklahoma City Thunder on April 9, 2016 at Sleep Train Arena in Sacramento, California. (Photo by Rocky Widner/NBAE via Getty Images)

He had told the Sacramento Bee in June 2020 he thought he was educated on the Black Lives Matter movement but the backlash proved him wrong.