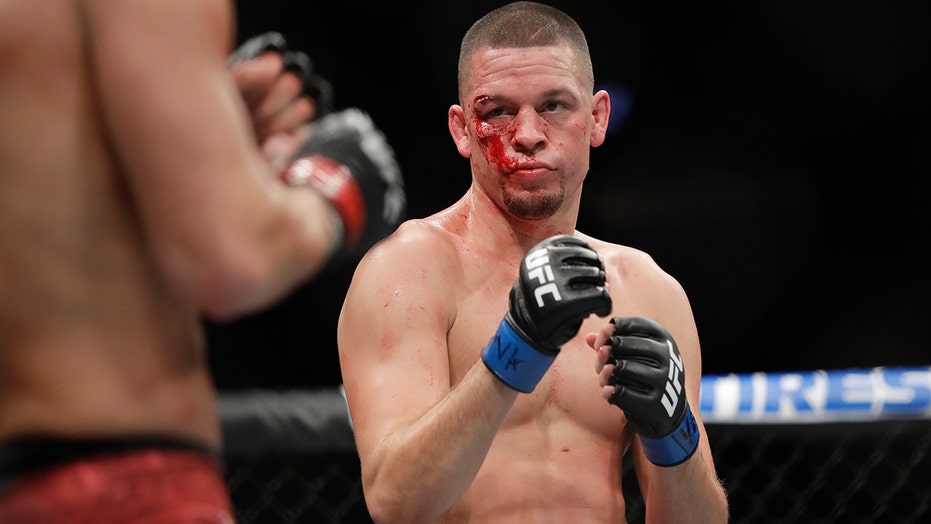 Nate Diaz appeared to signal he was walking away from the UFC days after losing to Jorge Masvidal in a fight for the “Baddest Motherf---er” title.

The two fighters competed at UFC 244 only to have the bout cut short when Masvidal opened serious cuts over Diaz's right eye.

A ringside doctor then determined that it was too dangerous for Diaz to continue to fight and the match was stopped just before the start of the fourth round.

“F—k a rematch. This s—t was over before it started. Goin on out on tour. Peace out fight game.”

It wasn’t clear whether this was an official retirement announcement or whether he was going on hiatus after losing to Masvidal.

At the UFC 244 post-fight press conference, Diaz said he would step away if politics got in the way of him and Masvidal having a rematch, according to MMA Fighting. Masvidal said he was willing to have a rematch, but UFC boss Dana White expressed no interest, talking up bigger fights in 2020 for Masvidal.

Diaz hadn't had a fight since 2016 before he returned to the octagon in August to fight Anthony Pettis at UFC 241.

He won the fight and called out Masvidal for a fight for the so-called BMF belt.