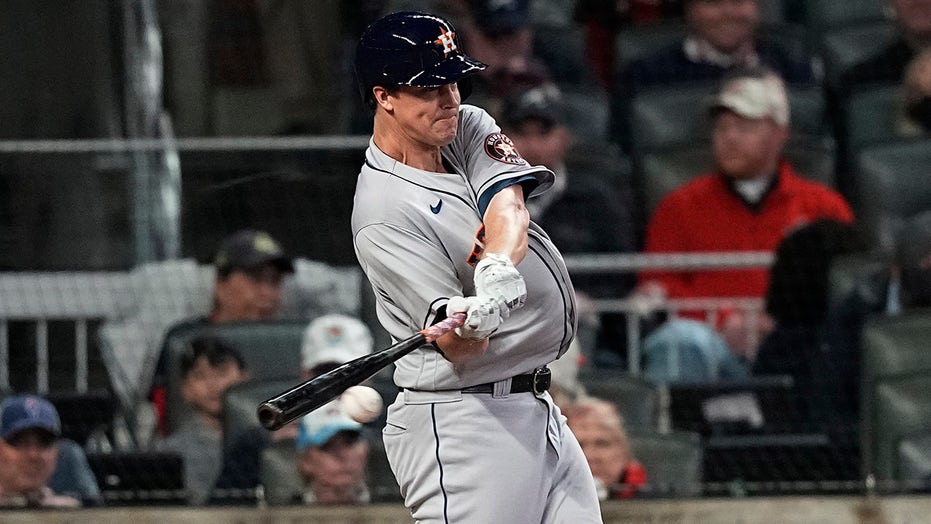 Houston Astros pitcher Kendall Graveman on Sunday night may have been the last big-league pitcher to get an at-bat for the foreseeable future.

Major League Baseball will have to work with the players union on a new collective bargaining agreement in the offseason, and one of the measures that is likely to pass is a universal designated hitter.

Graveman took the at-bat and eventually closed out a Game 5 win in the World Series. Zack Greinke also pinched hit for Yimi Garcia in the fourth inning and got a hit and that could be all she wrote for pitchers batting, aside from the outliers like Shohei Ohtani.

"I think it’s definitely going to be pretty special that this could be the last pitchers ever hitting in baseball. We’ve definitely brought it up," Atlanta Braves pitcher Ian Anderson said Sunday before the game.

With the pitcher out of the lineup, so goes the double switch, the goofy swings and the possibility of pitchers injuring themselves while at the plate.

Houston Astros' Zack Greinke hits a single during the second inning in Game 4 of baseball's World Series between the Houston Astros and the Atlanta Braves Saturday, Oct. 30, 2021, in Atlanta. (AP Photo/David J. Phillip)

Carlos Correa is happy about it.

"To me, that’s not real baseball," the Astros star said Saturday. "I want to see real hitters out there."

Framber Valdez admitted he thought his minimal at-bats in the regular season would be it.

"To be honest with you, the last time that I hit was in the regular season in San Diego, I thought I was done hitting," he added Saturday.

"Fourteen or 15 was the last time that I hit regularly in a league. I liked to hit in that era. It’s a little bit different hitting as a pitcher here in the big leagues. So I still like hitting in softball back home in the Dominican, but hitting as a major league pitcher, I don’t like it."

First baseman Ron Blomberg of the New York Yankees looks into the crowd with his hand against the facing of the roof of the dugout prior to a doubleheader on June 17, 1973, against the California Angels at Anaheim Stadium in Anaheim, California. (Diamond Images/Getty Images)

The designated hitter was introduced in 1973 when Ron Blomberg played the role for the New York Yankees. Since then, the American League has had the DH and the National League has continued to have pitchers hit.