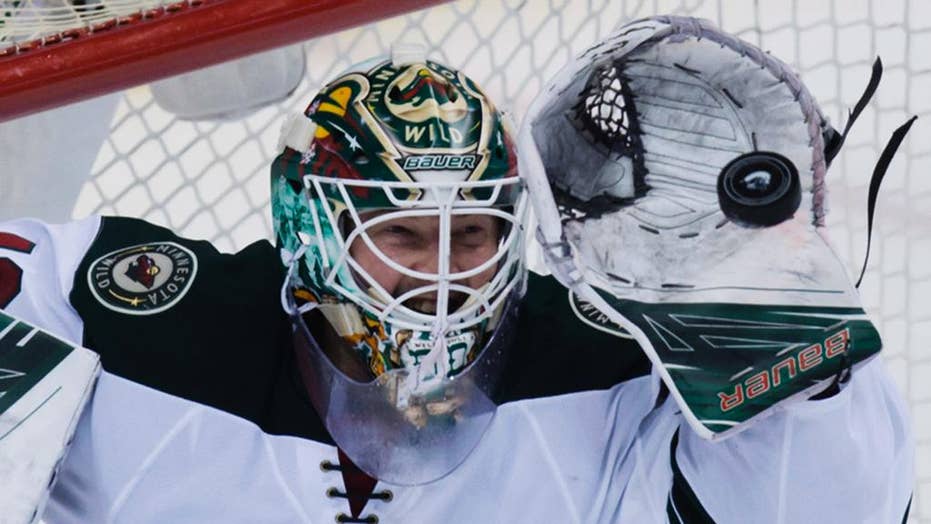 The 34-year-old Dubnyk was surpassed by Alex Stalock on the depth chart this season, after taking more than a month off from mid-November to mid-December for support for his wife as she dealt with a medical condition.

Dubnyk finished with a 3.35 goals-against average that was the third-worst of his career, and his .890 save percentage was his lowest in 10 years. He'll enter the final season of his contract with a $4.33 million salary-cap hit.

Sharks general manager Doug Wilson has been seeking a veteran to challenge incumbent Martin Jones for the top spot in the net. Jones is still under contract for four more years at a cost of $5.75 million per season but hasn’t played to that level in recent years, posting an .896 save percentage in each of the past two seasons.

Jones was benched for a period last January to refine on his game, starting only three times in a period of six weeks. He had a 2.02 goals against average and .927 save percentage in eight appearances after he returned to action in February.

Donato will enter the final season of a two-year, $3.8 million contract, giving the Sharks — who finished last in the Western Conference this season — some additional depth on the wing to complement Tomas Hertl, Logan Couture, Evander Kane and Timo Meier. Donato had 15 points in his first 15 games with the Wild after being acquired in a trade with Boston on Feb. 20, 2019, for forward Charlie Coyle, who was San Jose's first-round draft pick in 2010.

Donato's only full season with Minnesota was less productive, with 14 goals — all even-strength — and nine assists in 62 games. The 24-year-old was a healthy scratch in the last two games of the postseason qualifying round series against Vancouver.

The selection the Sharks sent to the Wild was originally Pittsburgh's, first dealt to San Jose on Feb. 24 for forward Patrick Marleau. The Wild now own two 2021 picks from the Penguins, who traded next year's first-rounder to Minnesota for forward Jason Zucker.

Donato, who is the son of former Bruins stalwart Ted Donato, has 29 goals and 28 assists in 130 career NHL games. The Harvard product was a second-round pick by Boston in 2014.

Guerin has been busy in recent weeks since the pandemic-altered season ended. He traded popular center Eric Staal to Buffalo for center Marcus Johansson; acquired center Nick Bjugstad from Pittsburgh for a conditional 2021 draft pick; signed defenseman Jonas Brodin to a seven-year, $42 million contract extension; and told captain and center Mikko Koivu — who will be an unrestricted free agent and could retire from the NHL — he would not be re-signed.

The 25-year-old Sturm scored his first NHL goal in Game 4 of the qualifying round series against Vancouver on Aug. 7. He spent most of the season with the Wild's AHL affiliate in Iowa.

The 26-year-old Soucy had seven goals, seven assists and a team-leading plus-16 rating in 55 games in his first full NHL season.