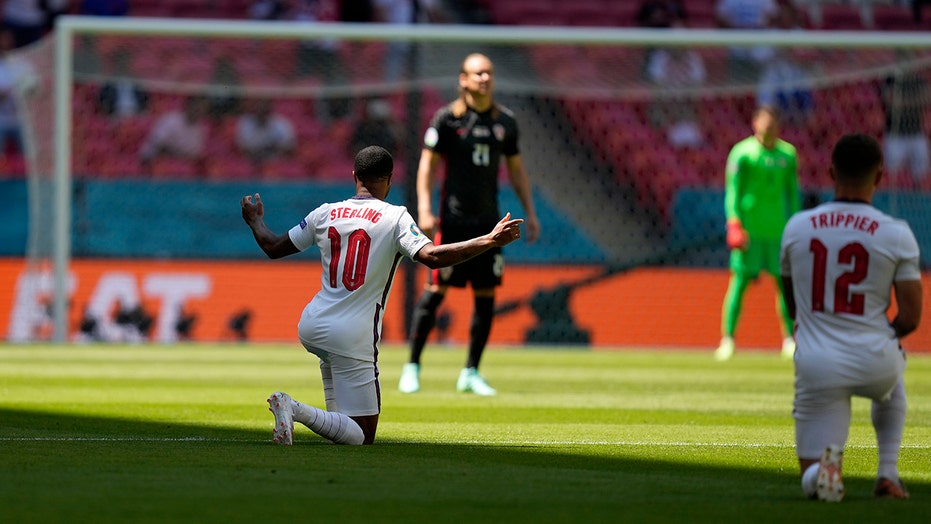 Taking a knee has now pitted a British government official against the England team in their campaign against racial injustice.

Home Secretary Priti Patel has directly opposed players taking part in the anti-racism gesture before games at the European Championship.

That's a step further than what Prime Minister Boris Johnson's stance has been, saying he doesn't want to see England fans booing players who do it, though he hasn't come out in support of taking a knee.

Patel said in an interview with the GB News TV channel that she didn’t support people participating in "gesture politics."

Those comments seemed to surprise England defender Tyrone Mings since Patel had previously invited him onto a Zoom call to hear about racism and he found her "interested and engrossed" in the player's perspective.

Mings hopes education convinces people like Patel why the players are kneeling.

"The home secretary is one of many, many people that oppose us taking the knee or refuse to defend it," Mings said Tuesday at England's St. George's Park training headquarters. "We have our own set of beliefs and what we think we can do to help, that players can be influential and stand up for what we believe in.

"Understandably when you have such strong beliefs, there will be opposition to that," he said.

The players have agreed collectively to continue taking a knee despite it being booed by sections of their own fans, including ahead of kickoff on Sunday when England opened its European Championship campaign with a 1-0 win over Croatia at Wembley Stadium.

"We’ve spoken about trying to educate or trying to inform the minority who refuse to acknowledge why we’re taking the knee and want to boo it," Mings said. "But at the same time in Wembley there was a hugely positive reaction to us taking the knee as well and I don’t that should be overshadowed by the minority who refuse to accept what the reasons are or don’t agree with them."