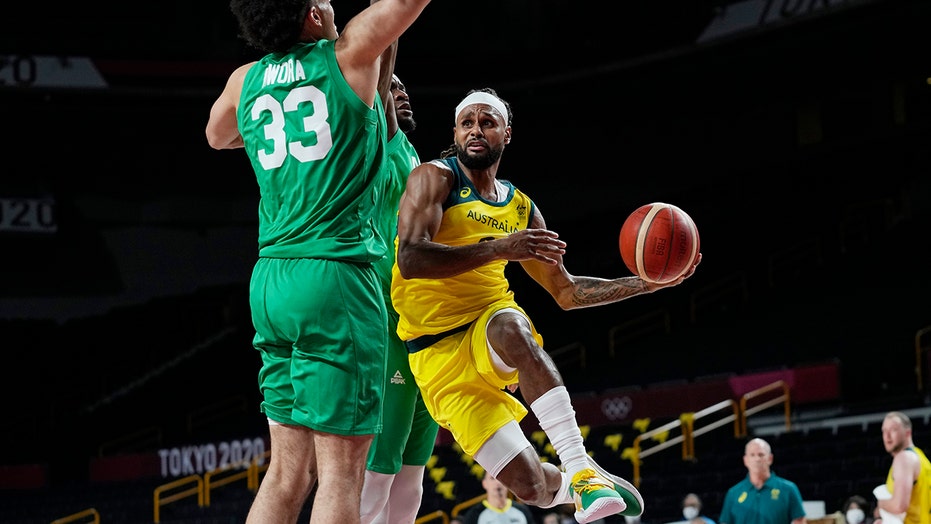 The Australians opened their Olympics against a team that had even more NBA players and just like them a recent victory over the U.S.

But this Australia team has something Nigeria could never match.

"Our group, and our leadership group especially, have been through so much, ups and downs," guard Patty Mills said.

"We’ve been through a lot together."

A lot of heartbreak, mostly. But they believe this time will be different.

Mills scored 25 points and Australia opened its quest for a first Olympic medal in men's basketball by beating Nigeria 84-67 on Sunday.

Australia has never been closer than in 2016 in Rio, when it lost by a point to Spain in the bronze-medal game to match its best result by finishing fourth for the fourth time. But with core veterans such as Mills, Joe Ingles, Aron Baynes and Matthew Dellavedova, this team is capable of going further this time.

"The guys who've been here for this period of time really believe they can do it," coach Brian Goorjian said.

The Australians, ranked third in the world, pulled away in the fourth quarter of a game that had been evenly matched between teams with the most NBA players outside of the U.S.

Nigeria has eight current NBA players and the Australians seven. Both teams won exhibition games in Las Vegas against the Americans, who have 12 NBA players on their roster.

The Nigerians also beat Argentina there, victories that may have created unrealistic expectations.

"Everybody thinks that we've arrived and we haven't. We still have a long way to go," said Nigeria coach Mike Brown, an assistant with the Golden State Warriors.

Australia opened an 11-point lead midway through the third quarter but lost momentum soon after when the game was delayed because the horn was malfunctioning. Nigeria cut the deficit to five early in the fourth.

But Matisse Thybulle of the Philadelphia 76ers made a 3-pointer and then Mills, who was a flag bearer for the Australians in the opening ceremony, helped break it open.

Ingles and Dante Exum, healthy after battling injuries for years, had 11 points apiece.

Obi Emegano scored 12 points for Nigeria. Precious Achiuwa and Jordan Nwora each had 10.

Australia plays Italy on Tuesday in matchup of teams that won in Group B on the opening day. Nigeria faces Germany.