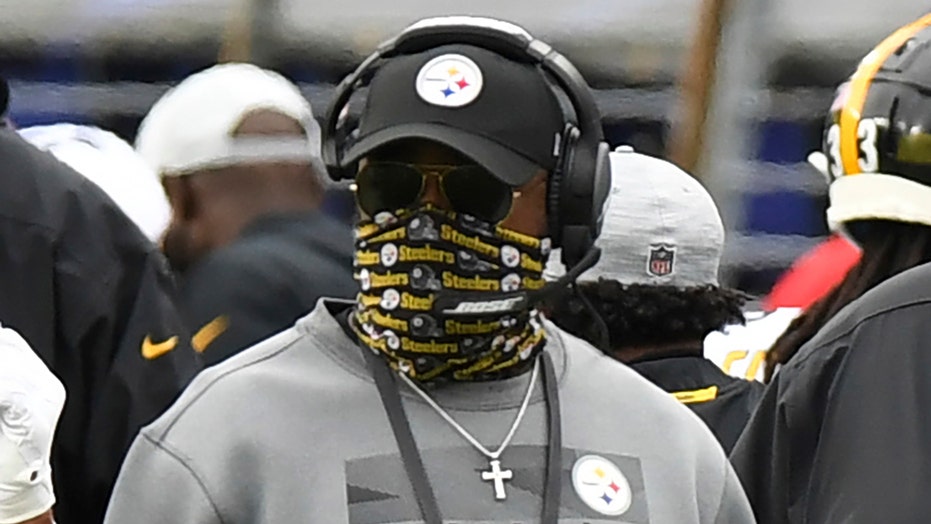 A win is a win but for Pittsburgh Steelers head coach Mike Tomlin, Wednesday’s victory of the Baltimore Ravens was an ugly one.

The Steelers improved their record to 11-0 by managing a 19-14 win over the COVID-stricken Ravens but with just one touchdown and two turnovers, Tomlin called the team’s performance “junior varsity.”

STEELERS’ STEPHON TUITT ON GAME AGAINST RAVENS FOLLOWING COVID POSTPONEMENTS: ‘SHOULD BE AN EASY ONE’

"To be bluntly honest, I'm really disappointed in our performance tonight," Tomlin said. "We did enough to win tonight, that's all."

The Steelers had the edge going into Wednesday’s game as the Ravens were left without key players like quarterback Lamar Jackson, running backs Mark Ingram and J.K. Dobbins and tight end Mark Andrews but Big Ben and Pittsburgh's offense couldn’t capitalize.

"We couldn't run the ball effectively when we needed to. We dropped too many significant passes, very capable, makeable passes,” Tomlin said, via CBS Sports.

“We didn't make significant plays in the special teams game. Our kickoff coverage unit wasn't good enough. We turned the [expletive] ball over. We gave up big plays in critical moments on defense. Can't have it. They converted a long run on a possession down before the half. Unacceptable. They have a 70-yard late in the game. Unacceptable.”

To put it simply, Tomlin watered it down to “us sucking.”

The Steelers move forward with a relatively beatable schedule as they take on the Washington Football Team, Buffalo Bills, Cincinnati Bengals, Indianapolis Colts and the Cleveland Browns.